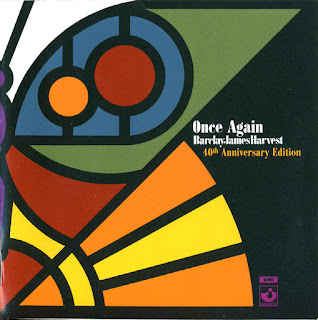 The British progressive rock band Barclay James Harvest were founded in Saddleworth, Yorkshire (UK) in September 1966 by John Lees (guitar, vocals), Les Holroyd (bass guitar, vocals), the deceased Mel Pritchard (drums) and keyboardist Stuart 'Woolly' Wolstenholme, who passed away in December 2010. After signing with EMI's Parlophone record label in 1968 for one single, they moved to EMI's Harvest-label that was more specialized in progressive rock. BJH released their eponymous debut album in the summer of 1970. It got very positive reviews, but few sales. Their second album Once Again gained more favourable reviews followed by a tour with a classical orchestra conducted by Robert John Godfrey (The Enid).

Generally Once Again is regarded as being one of the strongest efforts by BJH featuring powerful, epic tracks as Song For Dying, She Said and the classic piece Mocking Bird, one of their best known songs. John Lees wrote Mocking Bird in 1968 while he was living with the parents of his future wife Olwen. The song is based on a musical phrase from Pools Of Blue, which he wrote around the same time. It can be found on the CD-version of the debut album as one of the bonus tracks. Another classic BJH-piece is Galadriel on which John Lees played on John Lennon's Epiphone Casino guitar that stood in a corner of the Abbey Road Studios. Later on he wrote a melancholic song about this event called John Lennon's Guitar that appeared on the album Welcome To The Show (1990).

Early 2011, EMI released the 40th anniversary edition of Once Again. The two-disc set comprises a CD with a remastered stereo version of the album, five previously unreleased bonus tracks plus a DVD audio disc with the original album in 5.1 Dolby surround and high resolution stereo. After listening again to this album after such a long time I could only conclude that BJH must have been in great shape in those days. The eight compositions are of a very high level. Recording a radio-friendly hit wasn't something they had in mind, unlike several years later.

All songs are pure and honestly written right from the heart with power and passion. They got complete artistic freedom and could experiment with whatever they would like to create. So they used a Mellotron and asked a classical orchestra to support them which was something bands hardly did at the time. You can hear the orchestra on Mocking Bird and Galadriel. Versions of these songs without the orchestra have been added to this release as bonus tracks. They still sound very strong thanks to the intense Mellotron parts. There has also been added an unreleased version of Mocking Bird as it was recorded in May 1970. It doesn't sound very different from the version that made it to the album. Other previously unreleased songs you can enjoy are the first take of Happy Old World and the full u nedited version of Song For Dying. A special addition is the short piece Introduction- White Sails (A Seascape). Here we can hear the orchestra in full splendour.
by Henri Strik (edited by Peter Willemsen) 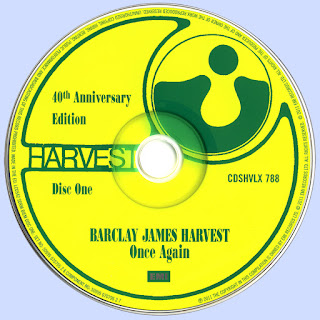 Free Text
the Free Text
Posted by Marios at 6:35 AM 2 comments: