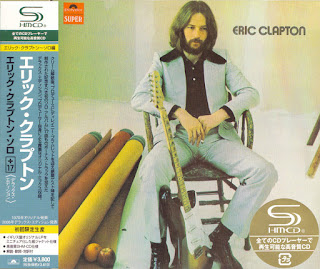 Well, to tell you the truth, Eric, we had begun to wonder. What with all the running around you've been doing of late, we'd begun to worry that you'd become just another studio musician, hobnobbing with the rich and famous. After all, overexposure to Leon Russell has been known to turn some people into wind-up tambourine-beating rocknroll dolls.

But no. Even though it's a "supersession," even though the personnel is liberally salted with old Delaney and Bonnie Friends, it comes off as a warm, friendly record of the kind that I haven't heard since the first Delaney and Bonnie album. Of the tunes, we have some good old tambourine beaters, one beautiful all-acoustic piece authored entirely by Clapton (most of the rest are by him and Delaney Bramlett, who produced), and a bunch of simply delightful D'n'B-styled gospel-type numbers, which, unlike a lot of the recent attempts in this genre, succeed because they build sensibly to a climax rather than indulging in the type of excess that spoiled Leon Russell's album, at least for me.

Clapton's voice is a revelation. He'd been scared to use it before because he thought it was terrible, but Delaney told him that his voice was a gift from God, and if he didn't use it, maybe God would take it away from him. Which, I thought, is maybe a nice way of saying "Well, maybe it ain't too hot, but you should sing along anyway." But Clapton's voice is just fine; rough and unfinished, maybe, but it adds to the rustic quality of the music.

Eric Clapton's eponymous solo debut was recorded after he completed a tour with Delaney and Bonnie. Clapton used the core of the duo's backing band and co-wrote the majority of the songs with Delaney Bramlett -- accordingly, Eric Clapton sounds more laid-back and straightforward than any of the guitarist's previous recordings. There are still elements of blues and rock 'n' roll, but they're hidden beneath layers of gospel, R'n'B, country, and pop flourishes. And the pop element of the record is the strongest of the album's many elements -- "Blues Power" isn't a blues song and only "Let It Rain," the album's closer, features extended solos.

Throughout the album, Clapton turns out concise solos that de-emphasize his status as guitar god, even when they display astonishing musicality and technique. That is both a good and a bad thing -- it's encouraging to hear him grow and become a more fully rounded musician, but too often the album needs the spark that some long guitar solos would have given it. In short, it needs a little more of Clapton's personality.
by Stephen Thomas Erlewine 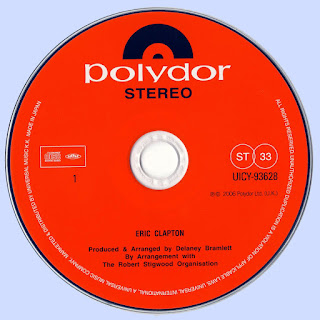 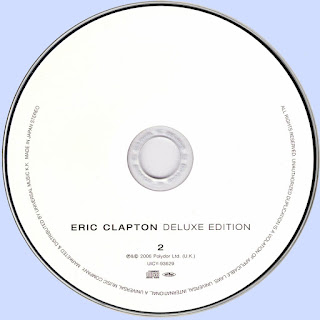 Free Text
the Free Text
Posted by Marios at 7:00 AM 8 comments: