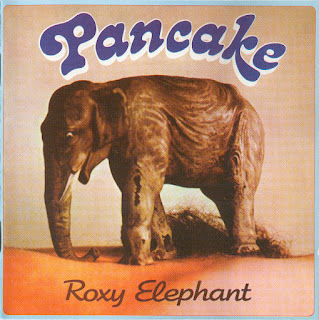 1975 Rock with two lead guitars, from Winnenden near Stuttgart. Their first LP out of three. With Kono Konopik on drums who went to Anyone's Daughter after Pancake.
Nyrvana Pancake were founded in 1970 at Winnenden, a town located close to Stuttgart. They released one of the best German psychedelic singles, nothing else more. After having shortened their name to Pancake, they released three LPs: Roxy elephant in 1975, Out of the ashes in 1978, and No illusions in 1979. Their style, as well as their line-up, often changed. The only one of the line-up who stayed until the end was Walter Negele. Drummer Günther Konopik left after their first LP. He went to Anyone's Daughter, where he remained for some years. Werner Bauer left the group too, to became the long time manager of Anyone's Daughter. Though on Roxy elephant there are no keyboards, one can clearly hear symphonic echoes. 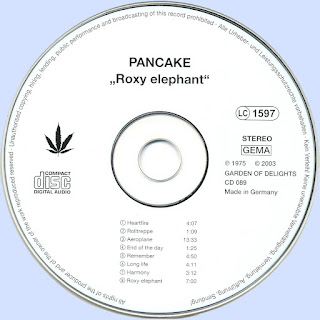