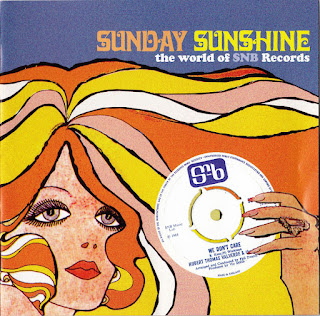 Mention the name Simon Napier-Bell to ’60s music aficionados and they will remember him as manager and producer of The Yardbirds and/or John’s Children. ’70s/80s buffs might think of his stints managing Japan and Wham! But not many will remember that Napier-Bell actually ran his own label, SNB Records, for a period of roughly 18 months between ’68-69. A venture shared by hipster/actor David Hemmings and mostly a ploy to escape an old EMI contract Napier-Bell was saddled with, SNB nonetheless released some memorable material during its short run.
Many of the 20 tracks assembled here are of the baroque pop variety, making the compilation something like a mini-Nuggets if some of the minor acts were trying to be The Left Banke instead of The Stones and The Who, et al. The most notable name from the rag-tag bunch on SNB’s roster is Mellow Candle, whose ’72 album Swaddling Songs is now a rediscovered acid-folk treasure. The song that will make you howl is Andy Ellison’s (former singer for John’s Children) fey, camped-up version of The Beatles’ ‘You Can’t Do That’. Hubert Thomas Valverde & The HTs (who?!) do a number called ‘Genevieve’ that sounds like a drag performer tarting up Scott Walker. A lot of this stuff is throwaway but almost all of it is at least interesting (if not just for its oddness), and a few tracks are downright jewels.
by Brian Greene
One of the movers and shakers of the music biz in the modern era has been Simon Napier Bell, and during 1968-1969 he put his talents into A&R-ing his own label. Fresh from managing The Yardbirds, Johns Children and co-authoring for Dusty Springfield, and with backing from CBS, SNB picked up on the hip pop world flowing through London at the time. It is an extraordinary assortment from which we have high production values with the likes of the talented Ian Green as arranger. As you would expect most of the singles are today very rare, and have not been reissued or released on CD. That said there is growing awareness of the music from numerous quarters, with pick up from internet radio stations to magazines, and the label has attained a cult standing. 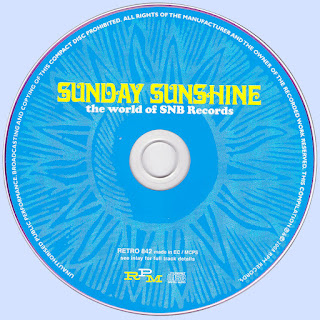