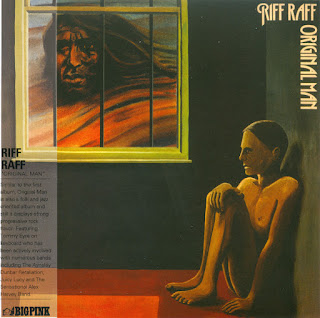 Tommy Eyre and Roger Sutton were neighbours in 1969. Eyre was the organ player with Joe Cocker's Grease Band, and when the band broke up after their No.1 hit () - "With a Little Help From My Friends") he chose to stay in London and try his luck rather than go back home to Sheffield. Tommy got the gig with Aynsley Dunbar's Retaliation and brought Roger in for the Blue Whale project. When Aynsley left to join Frank Zappa, Roger, in turn, introduced Tommy to John Mark and Johnny Almond who had just left John Mayall's Turning Point band. The four of them became the Mark-Almond Band which was very succesful in the USA for about three years. Roger Sutton left the Mark-Almond Band shortly before their third album, when he and Jon Mark couldn't get along, () - check Roger's lyric, "God damn the man who ever tried to put his mark on you"). It was recorded in a place that Richard Branson had recently opened as a "live-in" studio called the Manor, Oxfordshire, England, a beautiful old mansion where Mike Oldfield's "Tubular Bells" was made.

When John Mark's behaviour forced even Tommy to quit, he and Roger spoke about reforming a studio band, Strabismus (pre-Riff Raff) that they had put on hold due to the success of Mark-Almond. They were introduced to Peter Kirtley, guitarist, singer and composer who had been involved with all the major bands in his native Newcastle. His musical ideas fit perfectly with Eyre and Sutton's plans and he was asked to join () - it was Peter who came up with the name Riff Raff). Tommy brought in Kenny Slade from the Grease Band on drums and of course Alan Marshall, Strabismus' brilliant singer who was going to be the linchpin. Songs were written, demos recorded and then Alan quit. His management advised him that merely being the singer in a band would be a back-step for him and he should pursue a career as a soloist. Kenny Slade decided the music was too complex () - "I couldn't get to grips with all these strange time signatures!"), so auditions were held and the Brazilian drummer Aureo de Souza was hired, while Peter and Roger took over vocals. Tommy suggested recording at the Manor, Riff Raff produced the record themselves and the sessions were wonderful. Bud Beadle played sax, Tom Newman engineered. When it came to mix time, though, their inexperience showed and Peter recommended Eddie Offord who remixed the album in a now-defunct studio in Victoria, London.

During the next few months, Tommy also worked extensively on other projects with producer-composer Ken Burgess, and when Riff Raff's second album was due, Tommy recommended Ken to co-produce. Ken and Tommy had used a studio in Kent called Escape. It was a converted coast house, (a building for drying hops in the beer-making process). Its biggest claim to fame was that Jeff Beck lived nearby and would often come in to jam, Jeff's the guitarist on "Put a light on me" on Zzebra's "Panic" album, (uncredited, of course).

Thus, "Original Man" was recorded. Buddy Beadle and Steve Gregory played saxes, Tony Taverner engineered and some dubs were done at Advision Studios in London, engineered by Martin Rushent. For Riff Raff the US deals that had looked so promising collapsed one by one. But there were other problems too. Aureo was not granted an extension on his work permit in England. The British goverment and the Musicians Union were inflexible and that was that. Aureo had to return to Brazil, Peter joined the Alan Price group, Roger and Tommy returned to studio work.

However, many of the connections made during this time endured. In one form or another the music has continued until the present day. The reader will see many of the same names turning up in the most unlikely of places, but the future of music that we hoped for never happened. Apart from beautiful exceptions (Stevie Wonder, Marvin Gaye, Weather Report), everything in the seventies seemed to revert to the mindless three-minute pop song, new dance crazes and artists with no musicianship but great make-up.

There will always be the Top 40. Nobody has any problem with that, but the feeling at that time was that pop and progressive music could co-exist and everyone would be the better for it. AM for the teenagers and FM for the people that were intrigued and wanted to know more. Well it never happened.
by Tommy Eyre, Encino, California. 1999 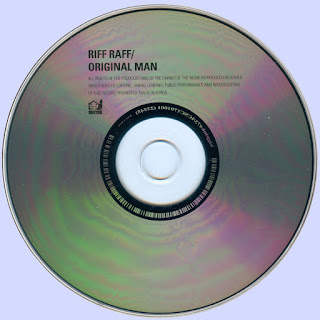