The Sophomore album from Merry Clayton, arrived in 1971 and again featured a superb backing ensemble including Preston, Sample, and the James Cleveland Choir. That same year, she also released a cover of the Carole King/Gerry Goffin song "Oh No Not My Baby," which became her second song to crack the Billboard Hot 100 and earned her a Grammy nomination for Best R&B Vocal Performance. That same year, she also starred as the original Acid Queen in the first London production of the Who's Tommy. More high-profile sessions followed, including singing on Carole King's Tapestry, Linda Ronstadt's Linda Ronstadt, the Rolling Stones' Exile on Main St., and Lynyrd Skynyrd's Second Helping, the latter of which found her singing on the classic "Sweet Home Alabama." She also sang on Ringo Starr's Top Five 1974 hit "Oh My My," and the Blackbyrds' 1975 hit "Rock Creek Park," before returning to her solo work with 1975's Gene McDaniels-produced Keep Your Eye on the Sparrow.
Clayton rounded out the decade with 1979's disco- and gospel-infused Emotion. Though her own recordings slowed over the next decade, she remained a highly sought-after session vocalist, appearing on albums with Irene Cara, the Brothers Johnson, Kenny Loggins, Lou Gramm, and others. She also contributed to several soundtracks, scoring another Hot 100 hit with "Yes" off the Dirty Dancing soundtrack. She branched out, joining Della Reese's all-star gospel group Brilliance and moving into acting with roles in the 1987 Ally Sheedy film Maid to Order and the cop drama Cagney & Lacey. In 1989, she recorded a cover duet of the song "Almost Paradise" with Eric Carmen.
In 1994, she returned to her solo work with the gospel-inspired Miracles. That same year, she sang on Tori Amos' hit "Cornflake Girl" on Under the Pink. Shen also joined Marianne Faithfull and Darlene Love on the 1996 television show 20th Century Pop for a performance of "20 Rock-Era Standards." More work followed, including sessions with Sparta, Joe Cocker, Holly Robinson, and others. In 2013, she was featured in the documentary about background singers, 20 Feet from Stardom. The film won the Oscar for Best Documentary and the Grammy for Best Music Film. Around the same time, she contributed to sessions for G. Love & Special Sauce's Sugar and Coldplay's A Head Full of Dreams.
In 2014, Clayton was involved in a car crash in Los Angeles that left her with severe injuries to her lower extremities. Consequently, her legs were amputated at the knees. She eventually recovered and returned to work, releasing the 2021 album Beautiful Scars. Co-produced by her longtime friend, A&R legend-Lou Adler, along with legendary gospel vocalist, instrumentalist, and songwriter Terry Young, Beautiful Scars featured songs by Diane Warren and Coldplay's Chris Martin. Also included on the album was a reworked version of Leon Russell's "Song for You," which Clayton first recorded on her  debut album.
by Matt Collar 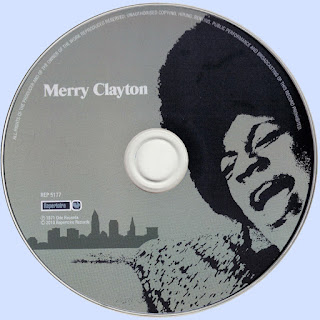