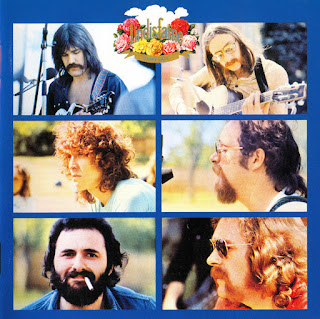 This album was recorded by the Mk 2 line-up of Lindisfarne and, as such, reveals a widening choice of possible directions for them to follow. Tonight is a big, brash and joyous opener, much noisier than many of their original fans would have expected. After this, however, things settle into more familiar territory with an effective midtempo In Your Head and the gentle delights of Alan Hull’s The River. The latter, written some years previously, would have reassured some of the fans as Alan Hull and Ray Jackson represented the spirit that originally made the band stand out so delightfully.
From there on the album balances Alan Hull songs with more strident ones from new members Ken Craddock and Thomas Duffy, all of which reflect a band undergoing changes and partially feeling their way in their new clothes. Everything is well played and sung, with pleasing arrangements, but taken as a whole Happy Daze may well have confused as many as it satisfied. Market Square have added seven original Alan Hull demos, including Dingly Dell, as pleasing fare for Lindisfarne fans.
by Kingsley Abbott , 13 October 2008 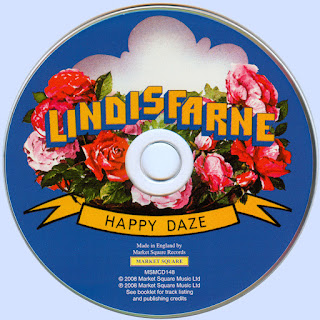