Maxfield Parrish - It's a Cinch to Give Legs to Old Hard-Boiled Eggs (1972 us, beautiful country folk rock) 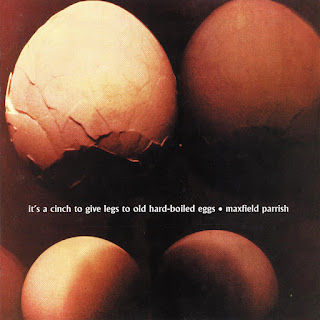 Maxfield Parrish’s only album was released in 1972, well after the band had split up. Members from the great California band Kaleidoscope produced and played on this underappreciated record which was originally recorded in early 1969. Had this album seen release in 1969, it would have been regarded today, as an early, innovative slab of country-rock.

It’s A Cinch strongly recalls the Byrds’ Notorious Byrd Brothers/Easy Rider era or even the New Riders early material (great stuff!!), with strong songwriting, superb musicianship and a few nifty psych/space rock moves. There are some great, catchy acoustic rock songs in “Julie Columbus” and “Cruel Deception.”  The weirder creations, “The Widow,” an 8 minute mantra, and “The Untransmuted Child” work really well too. In particular, “The Untransmuted Child” is excellent, sounding like a trippy mountain hymn with hillbilly vocals, organ, harmonica and hallucinary guitar sustain.
By Jason Nardelli 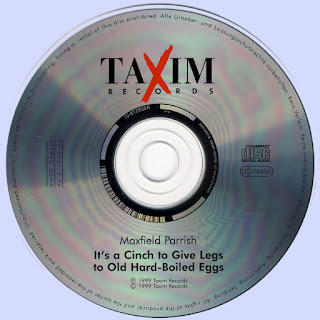