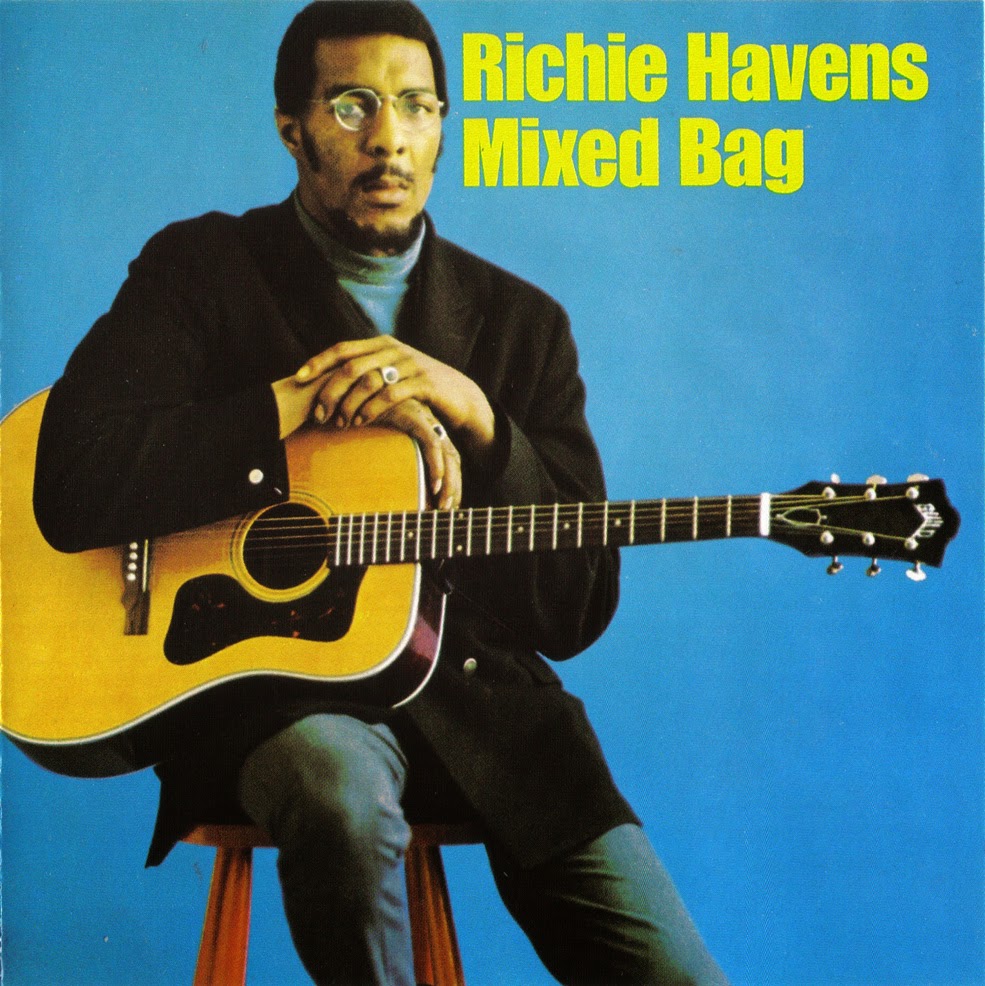 Richie Havens' finest recording, Mixed Bag captures the essence of his music and presents it in an attractive package that has held up well. A close listen to lyrics like "I Can't Make It Anymore" and "Morning, Morning" reveals sadness and loneliness, yet the music is so appealingly positive that a listener actually comes away feeling uplifted.

In fact, on most of the songs on this album, it's the sound of Havens' distinctive voice coupled with his unusual open-E guitar tuning, rather than the specific lyrical content of the songs, that pulls the listener in. The six-and-a-half minute "Follow" is structured like a Dylan composition in the "Hard Rain" mode, with its memorable verse-ending refrain, "Don't mind me 'cause I ain't nothin' but a dream." Both "Sandy" and "San Francisco Bay Blues" have a jazzy feel, while the aforementioned "I Can't Make It Anymore" would not have been out of place in a movie soundtrack or pop radio playlist of the time.

"Handsome Johnny," one of Havens' best known songs as a result of the Woodstock film, is a classic anti-war ballad, stoked by the singer's unmistakable thumb-chorded guitar strumming. Mixed Bag winds up with a soulful cover of Dylan's "Just Like a Woman" and an electric piano-propelled take on the Lennon-McCartney classic, "Eleanor Rigby."
by Jim Newsom 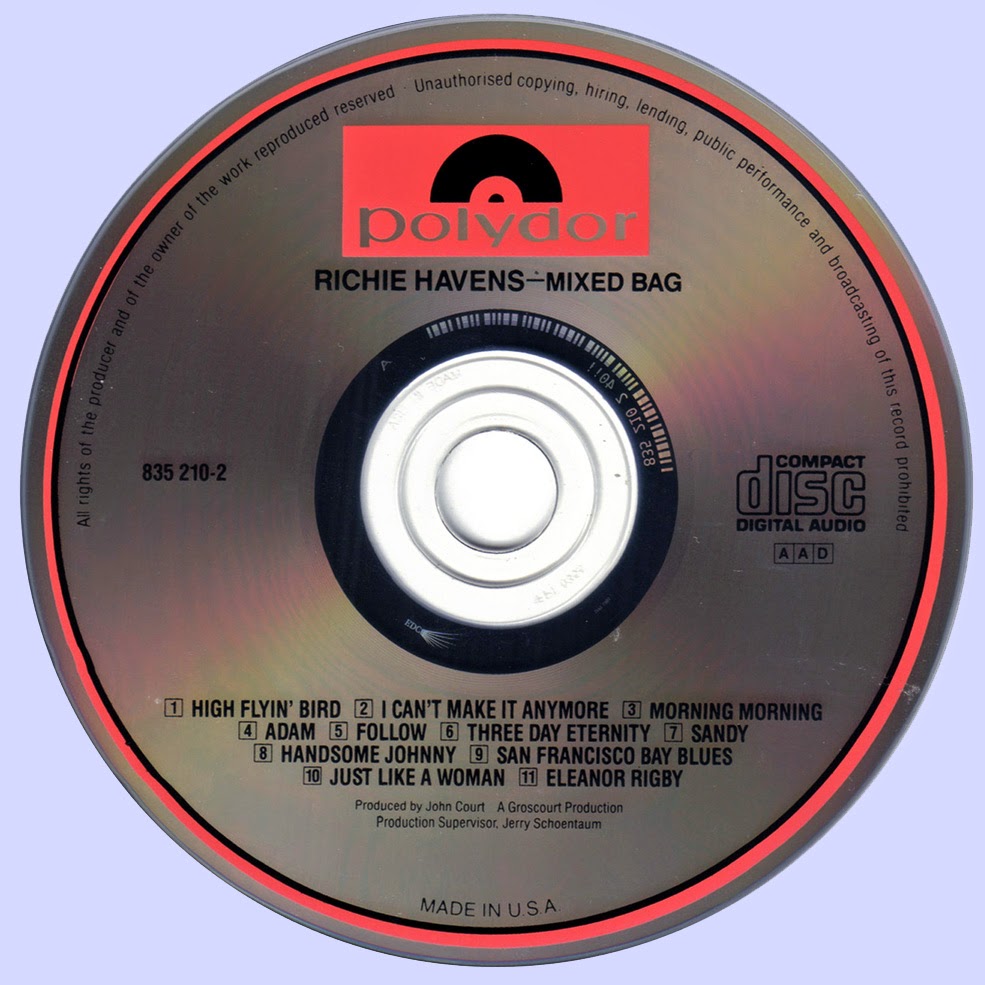 Free Text
the Free Text
Posted by Marios at 4:59 AM 3 comments: