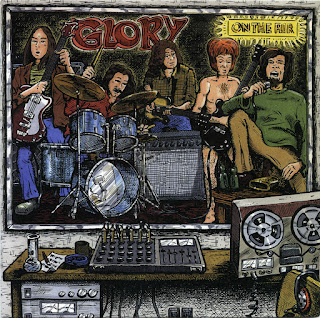 Formed in the late sixties, Glory played their brand of straight ahead, kick ass rock and roll until the early 80's at which time guitarist Jerry Raney formed the prolific Beat Farmers.

"On The Air" was recorded live in 1970 during a broadcast from the studios of San Diego's "underground" radio station KPRI.

The result is an "in your face" performance built around their amazing rhythm section and led by wailing guitars and incredibly powerful vocals.

Great original tunes like "Morning Ride", "Slow Back" and "Another Man Done Gone" shows that these boys were street wise and nail tough.

They also do justice to classic rock tunes like Bo Diddley's "Who Do You Love" which they transform into what sounds like an evil threat from a serial killer. 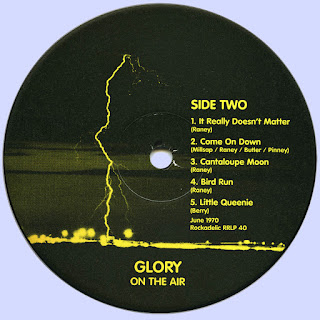 Free Text
the Free Text
Posted by Marios at 6:53 AM 6 comments: