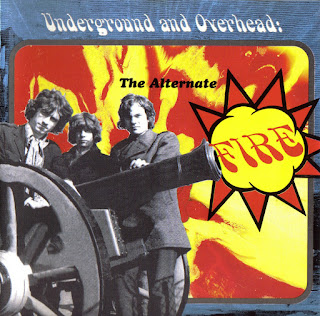 Anthology of 1967-69 tracks recorded by British psychedelic popsters responsible for the classic psych single "Father's Name Is Dad', two versions of which are included on this release together with its equally stellar B-side "Treacle Toffee World'. Other tracks include aborted follow-up singles, both sides of the group's Who-influenced 1967 Oak label acetate (recorded under their previous name of Friday's Chyld), three earlier (and better) versions of songs that appeared on the 1970 concept LP The Magic Shoemaker and the ten-minute mini-pop opera "Alison Wonderland'. Superb booklet includes a lengthy essay on the band.

"Fire's 1968 classic "Father's Name Is Dad' is a true Zeitgeist record, measuring perfectly the distance the teen psyche had travelled in three years. The angst of a "My Generation' or the weekender ethic of "Friday On My Mind' is blown away in a sugarcube-shaped instant by lead singer Dave Lambert's disdainful "I laugh at it all". The other eighteen tracks here prove Fire to have been an adventurous and inventive combo capable of state-of-the-art whimsy on "Man In The Teapot', drama-laden balladry on "Only A Dream', pulsating groove-throb on "Alison Wonderland', and prescient lyricism on "I've Still Got Time'. The sleevenotes tell a familiar tale of ambition thwarted by insensitive record company clods (they had a brief brush with Apple), and, hilariously, a bilious 1973 encounter between Lambert, by then a pop star with the Strawbs, and former manager Ray Hammond, by then a journo for Disc & Music Echo." (Mojo)

"Best-known, and rightly so, for the 1968 mod-pop jewel "My Father's Name Is Dad', Fire's discography was always besoiled by an embarrassing follow-up single, "Round The Gum Tree', and a rather twee storytale/concept album, The Magic Shoemaker. With Underground & Overhead, Wooden Hill attempt to apply a new shine to Fire's tarnished image, presenting a selection of mostly-unreleased tracks from 1967-69 that UK pop-psych fans can actually sit down and listen to from start to finish. "Father's Name Is Dad' and its equally whimsical flipside, Treacle Toffee World', are certainly the most memorable songs here, but not far behind are the intended follow-up "Spare A Copper' and "Happy Sound', the latter with its warbled Bolan-esque back-ups, coming off a lot like John's Children. Other highlights include the driving "I've Still Got Time' and "Magic Shoes', a superb slice of melodic pop-psych which was re-recorded (in inferior form) for the Magic Shoemaker album. Another top-notch release..."
Ugly Things 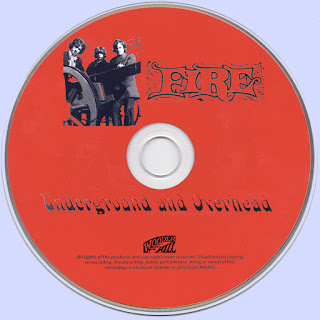