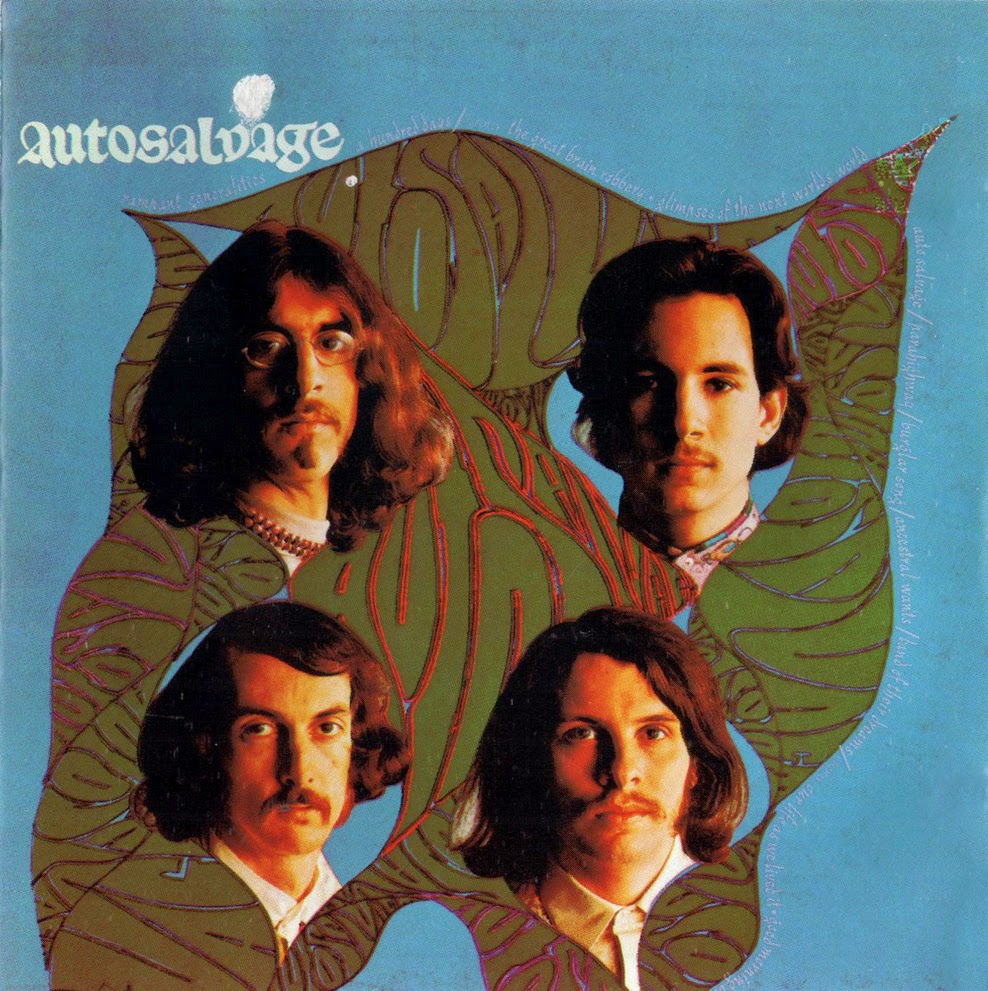 The most misunderstood of all the so-called "psych" bands of the late 1960s, the only LP by Autosalvage is the first and best US psych-into-prog record of them all.

Recorded in 1967, ahead of its time, this record took a Byrds/Airplane-inspired acid-folk-rock mixture and crafted songs unique, catchy, raucous, and truly flipped in an early Zappa-like way (who had a hand in getting them signed, apparently).

Autosalvage stays heavily focused on music rather than zaniness, but the song titles indicate that there's plenty of gimlet-eyed humor as well: "Rampant Generalities," "Glimpses of the Next World's World," "The Great Brain Robbery," plus a jaw-dropping rendition of Leadbelly's "Good Morning Blues."

Full-on lead guitars, nasally vocals (the worst feature for some, but I find them punkish), and extended yet carefully arranged 6-minute acid/jam/extrapolations are artfully wrapped in hummable tunes.

Traditional themes were mixed with jugband music, while the adventurous, quirky compositions blended shimmering guitar with textured instrumentation. Commercial indifference doomed their continuation and by the end of the decade Autosalvage had broken up
by Will Jackson 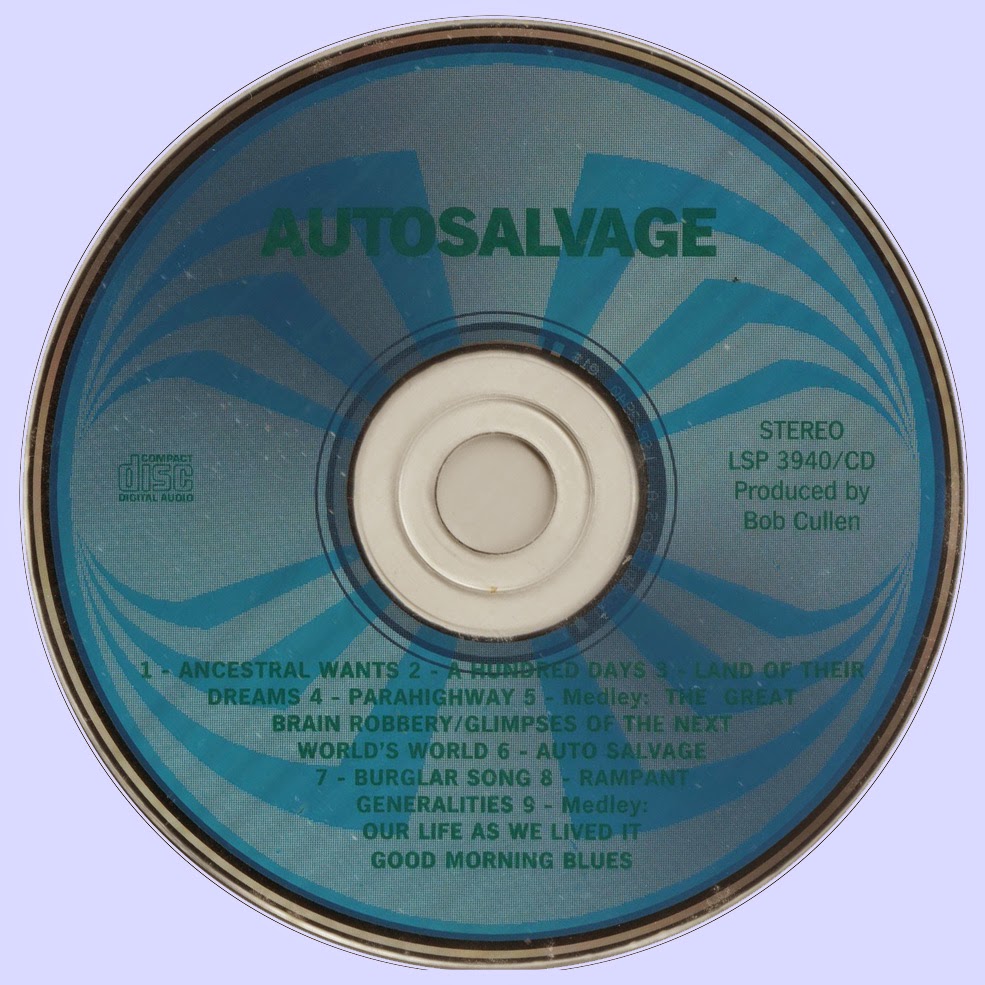 Free Text
Text Host
Posted by Marios at 11:51 AM 4 comments: