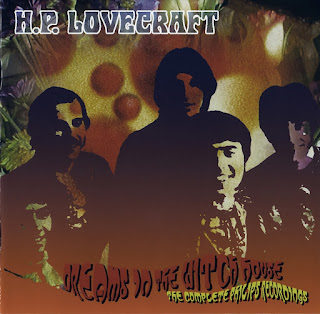 Nearly 40 years after H.P. Lovecraft's brief heyday, its two albums, H.P. Lovecraft and H.P. Lovecraft II, are combined on this release, with British reissue label Rev-Ola licensing the contents of the original LPs and some singles tracks from the Universal Music Group, which controls the catalog of Philips Records, the Mercury Records subsidiary that issued them initially. The Chicago-based psychedelic rock group was formed in the spring of 1967, releasing H.P. Lovecraft that November, and broke up around the time that H.P. Lovecraft II appeared in September 1968. The band is remembered fondly by many as a "could have been" success that just didn't happen. As heard on these discs, its music is very much in the style of the San Francisco rock of the period, particularly the exploratory folk-rock of Jefferson Airplane, and the double-vocal style of guitarist George Edwards and organist Dave Michaels is particularly suggestive of the combination of Marty Balin and Grace Slick, while the two groups even share some repertoire "Let's Get Together," "High Flying Bird".

But H.P. Lovecraft also sounds a bit like Quicksilver Messenger Service and It's a Beautiful Day, San Francisco rock groups that, to be fair, it preceded into record stores. A big influence is folk-blues performer Fred Neil, two of whose songs appeared on H.P. Lovecraft, with other songs, notably "Mobius Strip" on H.P. Lovecraft II, sounding like his languid style. The first album remains the keeper, especially because of "The White Ship," the six-and-a-half-minute tribute to the horror writer whose name the band adopted for its own. (Among the bonus tracks is a three-minute single edit of the song.) The rushed second album is, if anything, a bit more psychedelic, but certainly more padded than its predecessor, with even new bassist Jeff Boyan (who replaced the first album's Jerry McGeorge) getting to contribute a song, "Blue Jack of Diamonds." And then Michaels quit and the group broke up, though the name resurfaced for later projects featuring different members.

The two LPs remain tantalizing evidence of a potentially important psychedelic act of the ‘60s that couldn't hold together. They have been reissued before, but this version is notable for the thorough liner notes by Nick Warburton and for the inclusion of the non-LP single "Anyway That You Want Me"/"It's All Over for You," which actually preceded the formation of the group proper, featuring Edwards, Michaels, and members of the local Chicago band the Rovin' Kind. The single is reminiscent of the Dylan-ish sound of 1965 folk-rock even though it was recorded in February 1967.
by William Ruhlmann 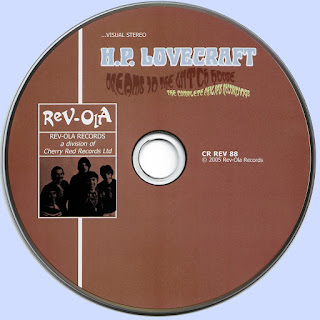