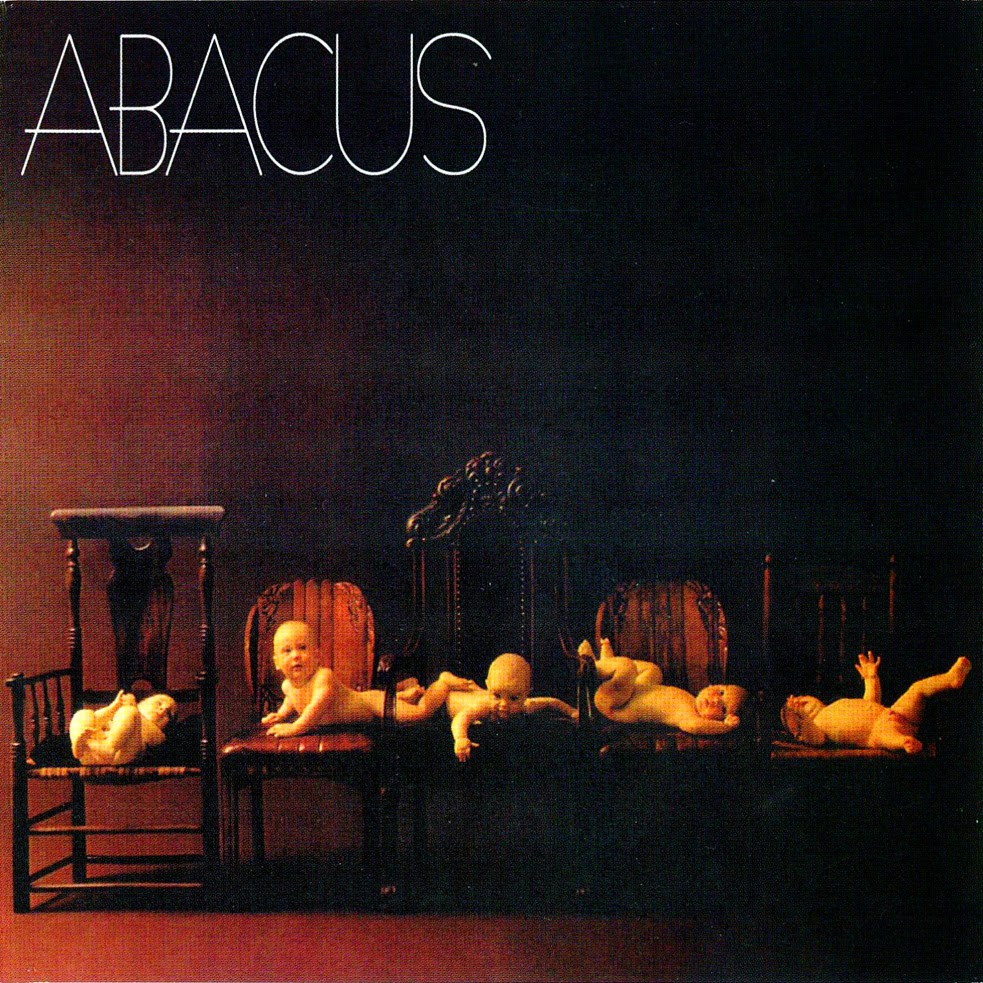 Like Van der Graaf Generator and their lesser-known contemporaries Aardvark, Abacus represented an early 70′s wave of prog that tried to bring the keyboards to the forefront, usurping the long-held role of the guitars in rock music. With the use of distortion and thick organ textures in the keyboards however, most of the bands that took this approach never distinguished themselves a great deal from their guitar-based counterparts. While Abacus did not steer away entirely from the use of guitar in their music, they were one of the few bands that really capitalized on the use of rock organ in their music. Released at the beginning of their genre’s golden age, Abacus’ self-titled debut is a convincing slice of progressive rock, with a welcome dose of jazz and 60′s beat pop to add extra colour to the style. As promising as Abacus sounded at this early stage in their career however, some inconsistent songwriting standards kept “Abacus” from the cult classic status it could have had.

Often dainty and at times downright psychedelic, Abacus’ sound reflects a transition of styles between the 60′s and 70′s. The organ-rich performance is filled with the sort of symphonic arrangement and sophistication indicative of the ‘classic’ 70′s progressive rock, but Abacus would not have sounded out of place in the latter part of the decade prior. Although the excellent, pastoral mini-epic “Pipedream Revisited” opens the album on a bit of an exceptional note, most of the tunes here sound like organ-driven renditions of tunes that could be found on a British Invasion compilation. It’s no surprise really, given that Abacus were originally a beatpop group called The Fashions. Although other reviewers have noted a Krautrock sound on “Abacus” (and rightly so), much of the band’s influence has been certainly derived from British rock tradition. Then again, with a song title like “Song for John and Yoko”, this shouldn’t come as much of a surprise.

Of these two primary styles (prog and 60′s pop), the greatest moments on “Abacus” may almost always be attributed to the progressive end of their sound. “Pipedream Revisited” kicks off the album on a very strong note, weaving psychedelic charm into a keyboard- infused framework, pleasantly fusing classical tradition with pastoral folkishness. The instrumental “Capuccino” is arguably the best thing that the album has going for it, a fast- paced, theatrical and energetic jazz-fusion piece that ends much too soon. From there on, Abacus begin to shift towards their other style, toning down the instrumental sophistication to make room for ex-Grail frontman Chris Williams’ vocal contributions. Although “Don’t Beat So On the Horses” represents a comfortable mix of the two styles, Abacus’ vocal melodies are rarely as endearing as their instrumental prowess.

Although William’s voice is tuneful enough and echoes the band’s Merseybeat-influenced past, the melodies rarely feel like they are worth the diminished instrumental arrangements. “Song for Brunhilde” represents the album’s lowest point, eschewing the band’s typical rock organ flair for a sitar-tinged piece of hippie folk with a song structure that goes nowhere and lyrics that may cringing from more discerning listeners. “Song for John and Yoko” is a decent tune in the familiar 60′s pop style. With “Radhod Blues” and “Chestholder”, Abacus return to the style hinted at by the first couple of tracks, but they are not nearly as impressive. “Chestholder” in particular tends to raise an eyebrow from me; although it begins promisingly enough, the album’s finale tosses together samples from earlier moments in the album. Although it’s clear that the band were trying to wrap up their debut with a quick summary of the album, but the completely chaotic and patchy way this climax is thrown together leaves the album on a fairly weak note.

Abacus’ songwriting lulls significantly towards the middle of the album, and although it improves, it never really recovers. It’s a shame, because if the first two tracks on the album were any indicator, the album could have been really excellent. Instrumentally, Abacus have a lot going for them on this self-titled debut. While Chris Barutzky’s keyboard work is above and beyond the strongest aspect of the band, the musicianship upholds an impressive standard throughout. It’s unfortunate “Abacus” didn’t manage to fulfill the potential of the band, but then again, how many bands manage to nail it on their first time around? As it stands, “Abacus” is a pleasant album for its style, but the inconsistency keeps it from being a real gem.
by Conor Fynes 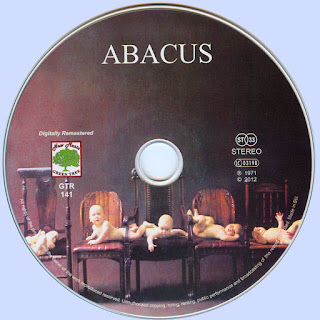