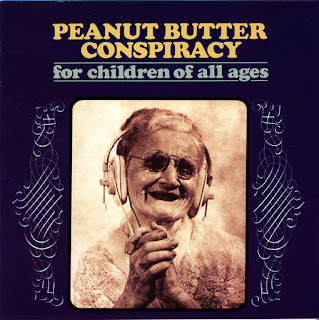 I like this album. I can't seem to stop playing it, even though it has some obvious faults. The best way to relay to you my listening experience with this record is just to ask you to scroll up and listen the first two sound clips. Can you stand this guy's voice? Literally. That's it. That is the key to whether or not you will enjoy this record.

Okay, Alan Brackett is the guy singing lead on most of these cuts. He was the PBC's bassist and 1/2 of their in-house songwriting duo. The group was once signed to Columbia where they cut two great records with producer Gary Usher, which were subsequently compiled on the previously mentioned 2-fer. I won't go into details about those albums because you can read my review under the appropriate heading. We're discussing the FOR CHILDREN OF ALL AGES cd release here, and I intend to critique it!

Where to begin?... Well, the most important thing to remember about this record was that it was recorded in 1969. The style du jour was "horn rock", a la Blood, Sweat, & Tears and Chicago Transit Authority.

The PBC had previously excelled at psychedelic rock music, but times were changing. To compete in '69, you needed soul, baby, you needed to FEEL IT. Alan Brackett knew this, and he reassembled the PBC into a psudeo-R&B configuration, replacing lead guitarist Bill Wolf with former Clear Light keyboardist Ralph Shuckett (whose organ lines you previously heard drench the Monkees' "Porpoise Song" in shimmering glory) and bringing in Clear Light's drummer Michael Stevens as well.

While Clear Light was a psychedelic band first and foremost, you can obviously tell the two new PBCers new how to "cook", as they used to say back then. The precise, sneaky fills from Shuckett's B-3, Brackett's melodic bass runs and rocksteady drumming anchors every track on this record. These guys FEEL IT, baby.

The songwriting is hit or miss, but by my estimation the PBC bats around .750 on this release. "Back in L.A." and "Simple Things" rock, while "Out in the Cold Again" and "Stayin' Inside Kind of Day" are merely perfunctory. "You're Not Getting into It" latches onto a psudeo-Caribbean groove and "Good Feelin'" was funky enough for Three Dog Night to cover. "Try" is a cover of a decent Crabby Appleton song. The sounds on FOR CHILDREN will surely transport a listener back to the heady summer of 1969.

Throughout the album Alan Brackett howls with a mock-psuedo-soul inflection, coming across like a poor man's David Clayton Thomas. Like I said, listen to the sound clips. This is not a voice everybody can appreciate... No, that would be Barbara Robinson (or as we once referred to her high-ness, "Sandi Peanut Butter"). Barbra was the obvious star and focal point of the group. Her vocals are up front in the mix here, but regrettably she only gets to sing lead on a few of these tracks.

When she does get a lead, however, she certainly makes the most of it. "Return Home" may be perhaps the best female lead vocal in the rock genre I've ever heard in my life. The band plays tastefully and restrianed on that one, letting Barbara just belt. This is potent music, not for the faint of heart. "It's Alright" is similarly gorgeous-- a real sonic beauty and not the phony MIDI excrement you always hear nowadays.

"Try Again" ends in a impressive reverse-taped wall of sound. "Now" is a fake-live cut with overdubbed audience. "Simple Things" pits Robinson's and Brackett's vocals against each other. "Gonna Get You Home" has cool string overdubs... Look, either you like this kind of record or you don't. Maybe you think there's no use nowadays for a white LA psychedelic band trying to act funky and only partially succeeding. But the thing of it is, the genius is in the failure, or vise versa. This record wasn't a hit, but who cares? This was a band that would "Try" and "Try Again" to be SOMETHING, get THAT SOUND, really GROOVE. And I just don't think you have enough of that today.

This is the sound of a band that worked hard to put out good music. The fact that they possessed perhaps the best female rock vocalist of the 1960's will only add to the allure of this record over time
by Jason Penick 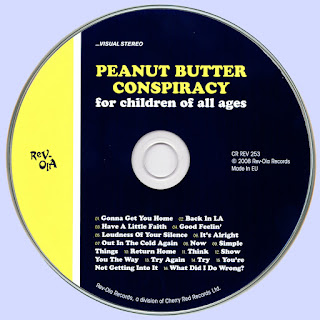 Free Text
Text Host
Posted by Marios at 5:46 AM 2 comments: