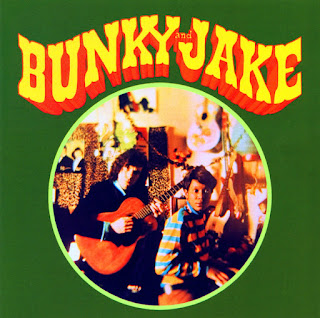 Andrea "Bunky" Skinner and Allan "Jake" Jacobs were fixtures on the Greenwich Village folk scene in the early '60s, but they also had a taste for sophisticated pop/rock (Jacobs played guitar with the Magicians of "Invitation to Cry" fame for a while), and the duo's 1968 debut album is an engagingly eclectic set of folk-leaning pop tunes buoyed by Skinner and Jacobs' harmonies and the latter's strong guitar work. Skinner and Jacobs wrote all 11 songs on Bunky & Jake, and their thematic range stretches from the acoustic calm of "I'll Follow You" and the pastoral beauty of "Country Girl" to the '50s rock & roll vibe of "The Candy Store" and "Daphne Plum," and while the arrangements seem a bit overdone on a few cuts and the mix favors Jacobs' guitar a bit more than is needed, the melodies thankfully win out most of the time.

If Bunky and Jake has a flaw, its that the album never sets down in one style long enough to find a comfortable groove; Skinner and Jacobs supposedly submitted these songs looking for a deal as songwriters rather than performers, and while Skinner's voice is more than strong enough to carry the material, in a bid to show how much they could do they forgot to define their individual sound along the way. While Bunky and Jake exists in a strange netherworld somewhere between sunshine pop, Baroque rock and latter-day folk-rock, the material is rich and satisfying, though the duo would have better luck (creatively, anyway) with their next album, the 1969 cult favorite LAMF.
by Mark Deming 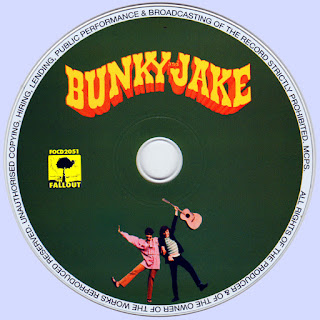 Free Text
Text Host
Posted by Marios at 5:01 AM 4 comments: