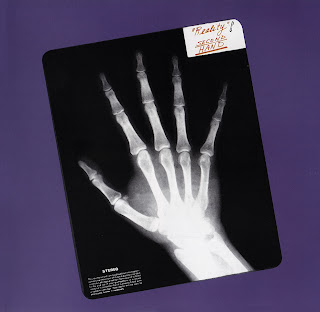 Second Hand’s Reality is rarely mentioned when collectors compile their lists of best ever UK psych albums.  That’s a shame, because Reality is probably better than most of the well-known psych classics.

Second Hand was originally known as The Next Collection, a Clapham/Balham/Streatham group who, early on, were structured around the guitar talents of Bob Gibbons (Gibbons would eventually quit the band due to depression).  The Next Collection were heavily influenced by the sounds of the Who, the Creation and the Small Faces, utilizing feedback and charging arrangements in many of their early tunes.

Lots of people comment that the album’s one weak point is Kenny Elliot’s vocals.  This reviewer feels his vocals fit the music appropriately and do not take anything away from the album’s greatness.  Some tracks such as “A Fairy Tale” and “Good Old ’59″ are appealingly twee while others hit much harder, like the stoner rock of ‘Rhubarb!”  There’s lots of mellotron and cool studio tricks throughout Reality.

The album’s one certified classic, “The World Will End Yesterday” has swirling backward tapes, crashing drums and heavy guitar – a psych masterpiece!  A few of the longer cuts have led some people to unfairly label this disc prog.  Reality is pure psychedelia but more experimental and challenging than most.  Two sad drug OD songs (“MainLiner” and “The Bath Song”) hit really low, downer moods but are truly brilliant.  An album that can be played from beginning to end, without skipping thru any tracks.  One of the great unknown LPs from 1968.

Second Hand would issue their second album in 1971.  This disc, titled May Death Be Your Santa Claus, is another standout effort from the early progressive era, full of great ideas and eccentric music.
by Jason Nardelli 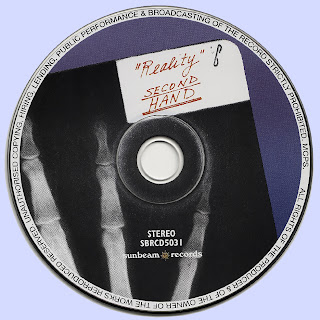