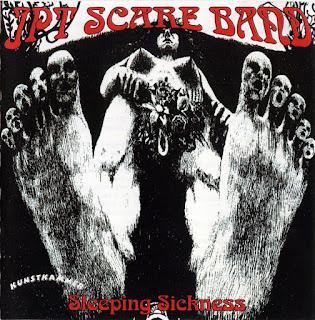 Whereas by the 21st century any 12-year-old with a laptop and a MySpace page could make music and have it heard by millions of strangers, in the pre-internet days artists and bands might work and perform diligently for years on end without escaping utter anonymity, never mind even sniffing a record deal. This is the story of (among many other groups) Kansas City's JPT Scare Band, which was formed in 1973 by three friends -- vocalist/guitarist Terry Swope, bassist Paul Grigsby, and drummer Jeff Littrell -- who simply loved to jam for hours on end, inspired by the psychedelic hard rock of Cream, Blue Cheer, and the Jimi Hendrix Experience.

Although they would soon realize that their symbiotic musical relationship was something special and eventually recorded the best fruits of their labor to tape, the JPT Scare Band (named after its members' first initials, obviously, plus the scary length of their acid rock jams) never managed to graduate from basement woodshedding to world-wide stardom. Their informal reel to reel recordings were so obscure and sparsely circulated, in fact, that the group would likely have been entirely forgotten were it not for a pair of hard rock anthropologists at Monster Records, who tracked them down in the early '90s and rounded up their '70s highlights for limited release on two vinyl albums, Acid Acetate Excursion and Rape of Titan's Sirens, and later CD via 2000's Sleeping Sickness.

These reissues were rave-reviewed and eagerly snapped up by collectors of '70s hard rock, but when the JPT Scare Band members -- still friends and still jamming after all these years, believe it or not -- asked Monster to release some of their present-day recordings, the label balked, and by conveniently going out of business shortly thereafter, motivated the veteran rockers to take matters into their own hands. Launching their own website and indie label, Kung Bomar, the JPT Scare Band promptly issued a new collection, Past Is Prologue, mixing old and more recent material in 2002.
by Eduardo Rivadavia 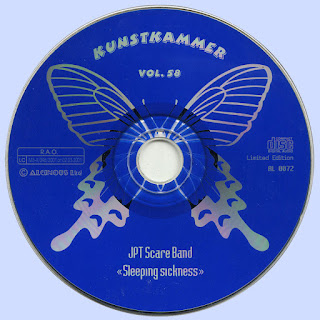 Free Text
the Free Text
Posted by Marios at 10:11 AM 2 comments: