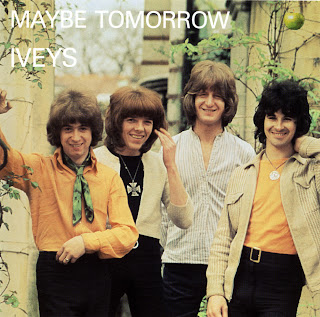 The story is well-known: south Wales pop group, the Iveys, are discovered by the Beatles' aide-de-camp Mal Evans, who not only signs them to Apple Records but produces their first sessions. Their first single, the glorious Bee Gees-like ballad "Maybe Tomorrow," is released in November 1968, yet it unaccountably stiffs. Disheartened, Apple shelves the planned U.S./U.K. release of the Iveys' debut album, though it does eventually sneak out in Japan and Germany.

The group replaces bassist Ron Griffiths with Liverpudlian Joey Molland and, at label exec Neil Aspinall's suggestion, changes their name to Badfinger, swiped from Paul McCartney's working title for "With a Little Help From My Friends." (John Lennon wanted to call them "Prix," preferably with the final letter pronounced.) Despite their early success, Badfinger goes on to become probably the unluckiest and one of the most tragic bands in pop music history.

However, very few people have ever heard the Iveys' Maybe Tomorrow album; copies of the original Japanese and European pressings were hens-teeth rare, and even the 1992 CD reissue with bonus tracks was seemingly in print for about 35 seconds. This is a shame, because Maybe Tomorrow ranks with Badfinger's best; in some ways, it's actually preferable to Badfinger's albums, because the production (four tracks by Mal Evans, the rest by a then-unknown Tony Visconti) is much fresher and less precise than it would be on Badfinger's slicker later albums. (Even the six tracks that eventually ended up in remixed form on Badfinger's debut, Magic Christian Music, sound better here.)

Though the party line has always been that the Iveys sounded like the Beatles, in reality, these 12 tracks have much more in common with the minor-key mopery of the early Bee Gees, from the heartbreaking "Dear Angie" (Griffiths' only writing contribution, which ironically would show up again on the first Badfinger album after he was kicked out of the group) to the frankly rather silly music hall-style "They're Knocking Down Our Home," a Pete Ham exercise in maudlin sentimentality that makes "She's Leaving Home" look subtle, though it does feature a nice clarinet part. Mike Gibbins' Kinks-like "Think About the Good Times" is the album's undiscovered gem, though the Ham and Tom Evans co-write "Yesterday Ain't Coming Back," with its weird staccato reeds section and unexpectedly aggressive middle eight, complete with burping, frog-like bass vocals, is probably the best track.

Of the four bonus tracks, the extremely silly "Looking for My Baby," from the Iveys' 1967 Apple demo, and the Creation-like rocking flip of the "Maybe Tomorrow" single, "And Her Daddy's a Millionaire," are the best, with "No Escaping Your Love" and the previously unreleased "Mrs. Jones" there for completists' sake.
by Stewart Mason 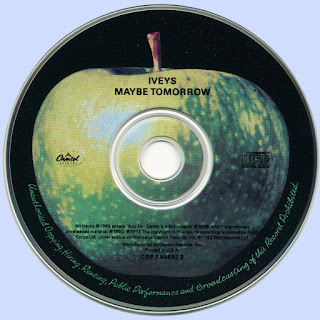