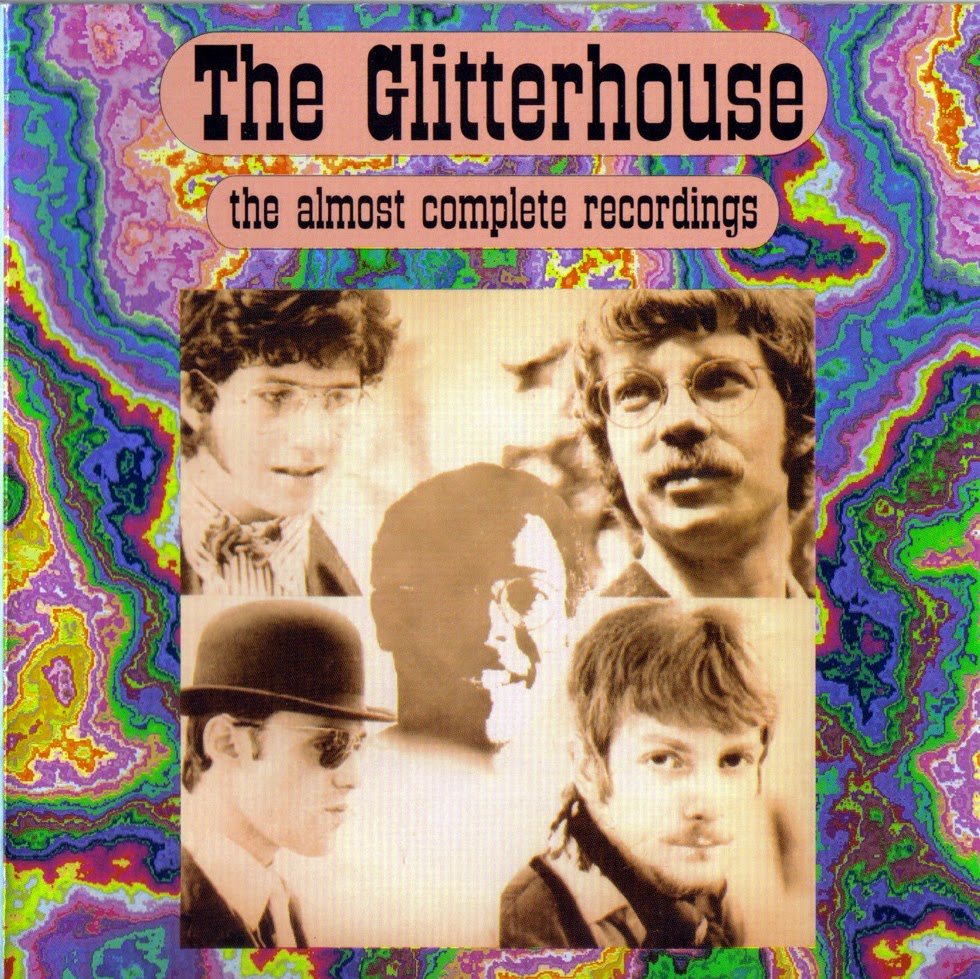 Glitterhouse was one of the most promising and ambitious psychedelic bands to come out of the New York area, a locale never really regarded as a spawning ground for great acts in that musical realm -- in fact, their failure to succeed only reinforces the New York area's hard-luck image in the psychedelic era, as opposed to the flourishing fields of psychedelic and psych-pop acts that were spawned in Los Angeles and San Francisco. The group originated in Great Neck, a distinctly upper-middle-class/upper-class enclave outside the New York City line, in Nassau County.

Mike Gayle was an African-American singer, guitarist, and composer raised in that environment, who had some serious music aspirations in 1965, when he met Hank Aberle (harmonica, guitar, violin) and Al Lax (vocals, bass), then members of a group called the Outsiders (no relation to the Cleveland band of that name), at a party. They ended up jamming together, liked what they heard, and formed an outfit called the Justice League, with Tommy Weiner on drums -- they initially rehearsed in the Greenwich Village apartment that Gayle shared with his roommate, then-aspiring photographer Bob Gruen. But their real base of operations was Great Neck, where all of their families came from and this afforded them lots of basement space in which to practice; it was also where the Justice League got most of their gigs.

They were reasonably successful, and in 1966 -- with Gary Reems as their drummer -- they were signed to Epic Records, for which they cut their first single, "Rumpelstiltskin" b/w "Ode to an Unknown Girl"; strangely enough, that platter wasn't credited to the Justice League but, at the insistence of their manager, came out as the work of the "Pop Art" (it was 1966, after all, and they were trying to stay ahead of a musical wave that was breaking in all kinds of unexpected directions) -- a little later, they added keyboard player Moogy Klingman to the lineup, but not too long after that Gayle quit, and for the group's second record, in early 1967, they were called the "Dave Heenan Set," after their new lead singer. And then the group more or less disbanded, sort of -- what basically happened was that Aberle, Lax, Klingman, and Gayle got back together in the second half of the year, adding a friend of Klingman's, drummer Joel O'Brien -- late of a New York-based outfit called the Flying Machine -- to their lineup. And the Glitterhouse was born.

This group's sound, in keeping with the times and their name, did indeed glitter in bright, poppy psychedelic colors, interweaving equal elements of folk, pop, blues, soul, and jazz into a kind of spacy mix that was accessible yet deceptively complex. Based on the recorded evidence and accounts of the time, they were of a piece with the likes of both the Lovin' Spoonful and the Blues Project, and other hybrid bands, freely rewriting the book on composition and arrangements, and making a compelling sound in the process. In fact, they were going into some of the same experimental directions that the Rascals were headed in their progressive period, but without the same ponderous heaviness of the latter group's efforts; but they also had a lean, roots rock element to their sound, similar to the Band.

Ideally, a group like that might have been tailor-made for a label like Elektra Records -- which was even based in New York, and had already started signing up outfits like Love and the Doors (and would soon be recording U.K. progressive bands like Methuselah and Renaissance) -- but somehow they never did get Elektra's attention, despite being based very close to home, and eliciting some interest from producer Paul A. Rothchild.

But their music was enough, coming out of a book publication party gig (arranged by Klingman's father) to attract the attention of Bob Crewe, the renowned East Coast producer, whose work had helped put the Four Seasons, after years of struggling, on the international map, and had done great things for Mitch Ryder & the Detroit Wheels as well. He heard them at the party and approached them, and the result was a contract with Crewe as producer and manager. All five were placed on a salary ($100 a week each, which was decent money in 1968, for musicians in their late teens and early twenties still trying to achieve success), to keep them fed and housed, and essentially paid not to play in public, as Crewe worked out how he would record them and present them, as a fully formed band, when the moment was right. They had a room at his studio to rehearse in, enough pay to keep them all happy, and eventually not one, but two recording projects emanated from their efforts with Crewe.

The more visible of the two efforts was the soundtrack to the Roger Vadim-directed science fiction parody Barbarella, for which they sang on several tracks, but didn't play, leaving that to Crewe's select studio musicians. But amid the publicity surrounding the movie's star, Vadim's then wife Jane Fonda, in her various states of undress in the film, and the offbeat, Gallic tone of the resulting film, relatively little notice was paid to the music -- the soundtrack album never sold in the numbers anticipated, and languished in dollar bins and cut-out lots for many years after its release, and did the group singularly little good. The less visible result was Color Blind, the official Glitterhouse debut LP on Crewe's Dynovoice label, which was released and disappeared without a trace in 1968. The single "Tinkerbell's Mind" charted briefly in New York, but was otherwise similarly neglected.

The group's fortunes turned downward at this point, as Crewe canceled their salaries soon after and essentially cut them loose from his operation. They'd lost almost a year from their association with him, and felt they had little to show for it, apart from being a year older. Crewe had effectively kept them under wraps, so they'd hardly been seen or talked about until the abortive album and single release -- additionally, the album was really as much Crewe's sound as their own, reflecting his own re-arrangements of their music and sound in many instances often in what they regarded as predictable, already hackneyed takes on psychedelic sound; often done on the fly, in the middle of the sessions, there'd been little time to discuss, develop, or evolve his ideas into something of their own, and now -- because of the collapse of their deal -- this was the way their sound was represented on the only album to carry their name.

But those considerations became academic, owing to another key issue threatening the group's future -- in the course of that year, Gayle became interested in pursuing other sounds, in different contexts, and the result was the breakup of the band. O'Brien rejoined James Taylor and passed through Jo Mama, through which he became part of Carole King's backing band, and spent some time as a session drummer before moving to Woodstock, and becoming an artist, struggling at various times with heroin addiction before succumbing to liver cancer in 2007. Lax left the music business, while Aberle became a producer, and Klingman, after entering the orbit of Todd Rundgren, went on to a decades-long career in music, and even reunited most of the Glitterhouse members for a short time in 1974. And a 2002 reunion of the original members yielded a remake of their album and their Barbarella sides, all of them sounding far better and a good deal fresher than such re-enactments normally yield.
by Bruce Eder 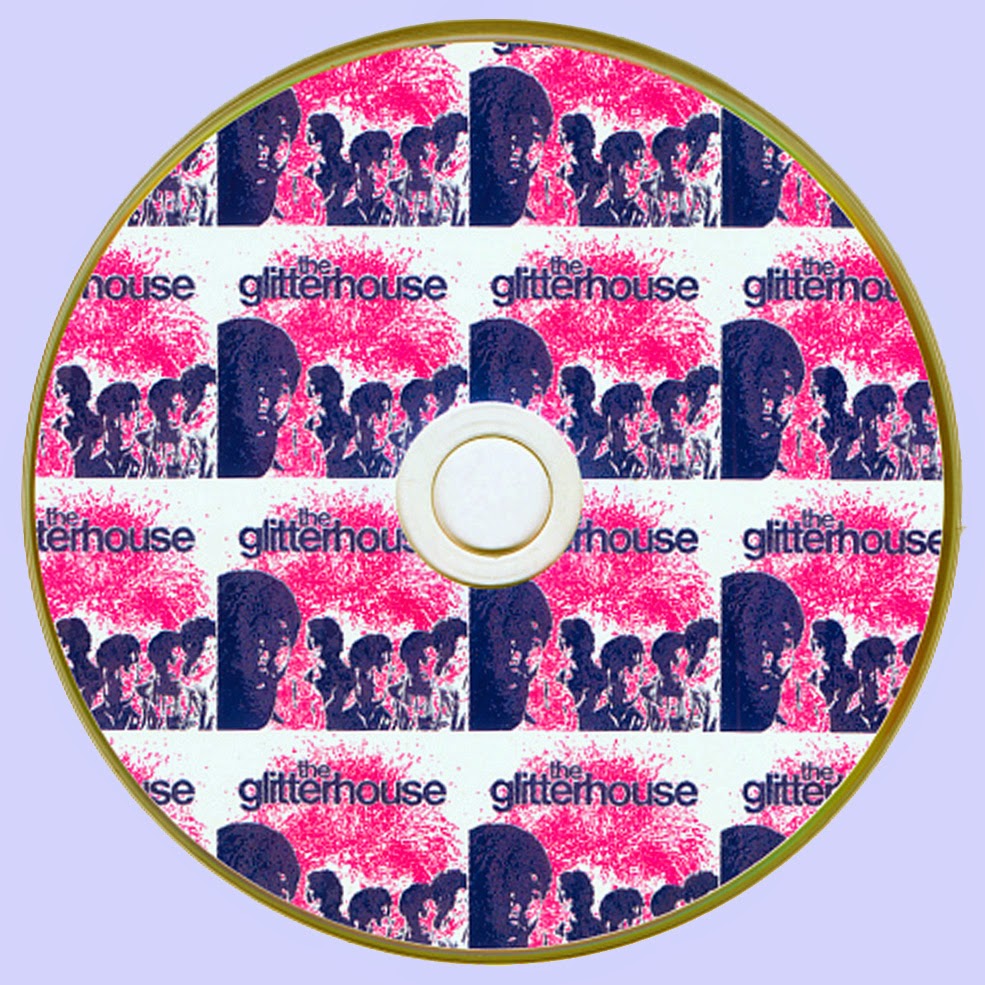