Jake Jones were a quintet from St. Louis Missouri, formed sometime in late ‘60’s. They had an unusual sound with the use of various instruments, like melotron, violins, cellos and flutes. In addition to melotron, Phil Jost (one of the five members of the band) also plays the more conventional  electric organ and piano. Chuck Sabatino was the lead singer, Joe Marshall on lead guitar, Mike Krenski the bass player and Jim Bilderback was the drummer.
Jake Jones performs all original music, Different Roads is a 1971 release on the Kapp label featuring a mix of progressive rock and folk rock, there are three long tracks (over 6 minutes each), where the band unfolds its virtues. There is a also a third record which never came out in the  record stores. Their last job was in 1973, opening act for the Eagles, and Dan Fogelberg, in Springfield, Illinois, soon after they split.
Joe Marshall moved back in St. Louis, where he played at local bars between 1984 and 1996 he also was member in a group called "The Sloppy Joes", as well as with a weddiing band called "Sundance and Brass", until his death.
Phil Jost moved to LA in 1978 and became assistant to Producer/Engineer Ken Scott. (Superertramp, David Bowie, Elton John) he worked on albums both as a player and or engenering & production with the Dixie Dreggs & Steve Morris, Stanley Clarke, Jeff Beck, Kansas, Supertramp and many orthers including Missing Persons. He also passed away.
Chuck Sabatino had a stroke while playing for Mike MacDonald in Los Angeles in 1994. A benefit was put on at Mississippi nights in 1994 for Chuck by many of his friends and former bandmates. He passed away in 1996 in Belleville, Illinois where his family had moved back to. Mike Krenski, who wrote "The Cheater" in 1965 for Bob Kuban and the In-Men, quit from his musical activities and became a teacher for would-be pilots, worked for McDonnell Douglas/Boeing. 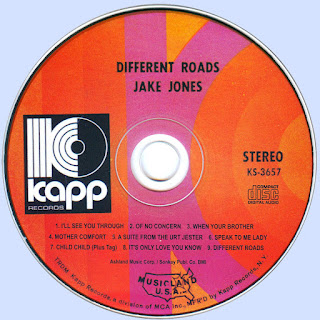