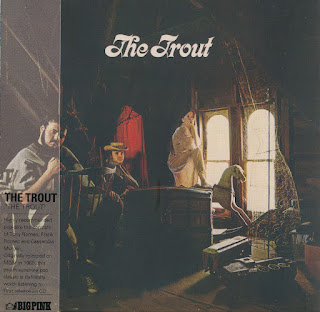 Pop psike trio consists of Tony Romeo, Frank Romeo and Cassandra Morgan. Originally released on MGM in 1968, this psych-sunshine pop classic is definitely worth listening to.
Before Tony Romeo hit it big writing songs for the Partridge Family, he formed the Trout with his brother Frank and Cassandra Morgan releasing this wonderful lp that was recorded in three different studios in New York in 1968, The album is typical of most late 60s Pop Psych records that employed the “Sgt. Pepper” production formula: orchestration, flutes, sound effects, etc. There are some very nice Tony Romeo originals here, “November Song”, “Carnival Girl” and “Sunrise Highway”. Cassandra Morgan’s vocals are sensational, her vocal on “Worst Day I’ve Ever Been To” is fabulous, and her harmonies with Tony and Frank are nice also (“You Can’t Hang On” is a favorite).
Cassandra Morgan, “Cass” would leater record an album in 1973, also with Tony Romeo, but it was never released. One of the tracks “Isn’t It Hard To Tell The Truth” was released as promo/DJ on Three Brothers Records. She’d written all the songs but one, which was written by her then husband, Madison Mason, known as Joe Mason.
Morgan did backing vocals for the Lou Christie album, for which her husband Joe, also played guitar. Cassandra Morgan went on to write, direct and perform in a number of theater and Broadway shows, there are a number of soundtrack recordings that include her performances. The most famous of these was the Tony nominated “Pump Boys and Dinettes” in 1982. Cass continues to write and perform today.
Tony Romeo was a successful writer and composer by the time he started to crank out tunes for Three Brothers Records. Tony had written the 1970 Partridge Family hit, “I Think I Love You” (the 1970 NARM Record of the year), as well as tracks for David Cassidy (solo) and many others. Romeo wrote eleven of the twelve tracks for Richard Harris’ 1972 “Slide” album, which included “Blue Canadian Rocky Dream“, the track that would become the first 45/single released on Three Brothers.
Tony formed and founded “Wherefore Productions, Inc.” as well as Wherefore Music from 441 West 49th Street in New York City, just four blocks from the CTI HQ at Rockefeller Center, with the legendary Brill Building, in between the two. Romeo had started in the music business as a recording engineer for MGM.
Among Romeo’s later hits was “The People Theme” for People (Weekly) TV show, for which Romeo was the musical director, for a show at it’s peak was watched by some 30-million people. The title theme would become a “disco” hit in the waning months of 1978. The track was released under the name Sacco, which was in fact Lou Christie’s family name. Tony passed away in 1995, 56-years old. 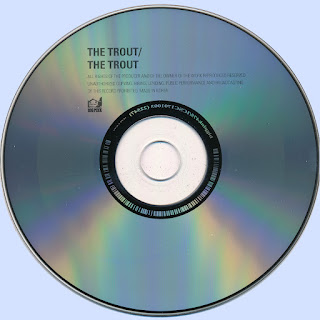