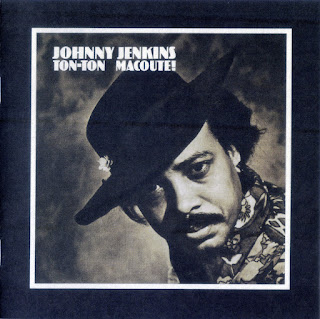 Raised in rural Georgia, Johnny Jenkins was a hard-driving guitarist with a bellowing voice who played with a young Otis Redding in a blues group called the Pinetoppers. Jenkins' raw, firebrand vocals and enviable guitar-picking gave his solo debut, Ton-Ton Macoute!, a wallop that might've made him a star — if only slide guitarist Duane Allman and several other members of his backing band hadn't left to form the Allman Brothers. In Jenkins' capable hands, Bob Dylan's "Down Along the Cove" and Dr. John's "I Walk on Guilded Splinters" (later sampled by Beck for "Loser") can get even the stiffest legs shakin'
by Reed Fischer

Johnny Jenkins' Ton-Ton Macoute is a fine bowl of Southern gumbo. Aided and abetted by the likes of Duane Allman (this started as an Allman solo disc, but when he formed the Allman Brothers Band, Jenkins put his vocals over the tracks best suited), Dickey Betts, and those great guys from Muscle Shoals, Jenkins cooks on such cuts as "Down Along the Cove" from the pen of Bob Dylan, and Muddy Waters' "Rollin' Stone." But it is Dr. John's "I Walk on Guilded Splinters" which shines here and is the one which folks will recognize as the basis for Beck's hit "Loser." On the slippery "Blind Bats & Swamp Rats" you can almost feel the heat and humidity rolling out of the bayou. This reissue also includes the mighty fine bonus cuts "I Don't Want No Woman" and "My Love Will Never Die." Great Southern funk & roll for the discerning listener. It even includes educational liner notes which tell the tale behind each cut.
by James Chrispell 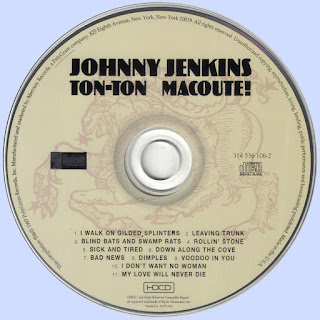 Free Text
Text Host
Posted by Marios at 8:45 AM 4 comments: