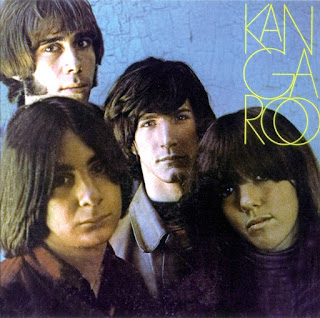 As on so many obscure long-players of the late '60s, there's a salad of styles on Kangaroo's sole, self-titled album, running the gamut from redneck country-rock ("Frog Giggin'," "Happy Man") and sunshine pop-spotted psychedelia ("Such a Long, Long Time") to strident folk-rock ("Daydream Stallion") and avowedly sub-Beatlesque sounds ("Happy Man," "Make Some Room in Your Life"). There are also insertions of backwards guitars, San Francisco-type acid rock riffing, soul vocal posturing, descendants-of-Mamas & the Papas male-female backup harmonies, and a monologue about killing frogs and having sex at the same time.

Still, there are good things about the record, particularly the vibrato folk-rock vocals of Barbara Keith. They're reminiscent to varying degrees of Melanie, Judy Collins, and Buffy Sainte-Marie, though her own personality comes through, as showcased to best effect on the record's highlight, the strident yet haunting folk-rock-psych outing "Daydream Stallion." Fans of Keith should be aware both that this record is not similar to the ones she would subsequently make during her long career, and that her contributions are usually confined to backup harmonies. But when she took the lead vocal -- as she did on "Daydream Stallion," the slightly less impressive "The Only Thing I Had," and her wordless scatting on the opening jazzy section of "I Never Tell Me Twice" -- Kangaroo showed some glimmers of becoming something special.
by Richie Unterberger 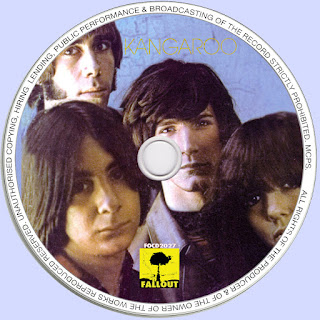