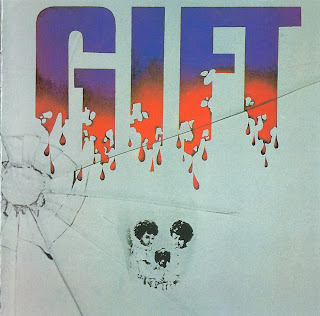 Nick Woodland (guitar) was listed on the sleeve of their first album, but he had quit Gift before the recording session began, to join Subject Esq., later Sahara. The album comprised eight songs with no flutes, no woodwinds and no keyboards, just plain hard guitar riffs, to be compared to Hairy Chapter. Some of the lyrics had clear anti-drugs messages.
by Dag Erik Asbjornsen 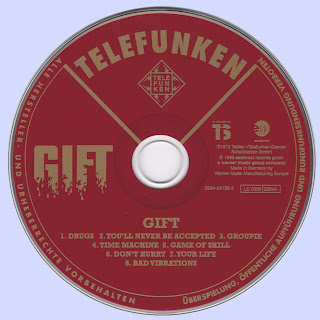