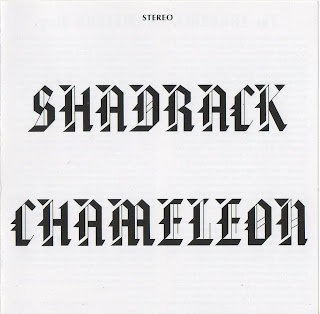 Fort Dodge, Iowa was the home of Steve Fox and Randy Berka, close friends who grew up together and shared many similar interests, one of which was their love of the Beatles and a strong desire to become rock musicians themselves. In 1963 at the tender ages of 7 and 8 years old, they began playing acoustic guitars together. In 1964, Steve moved away to Illinois but returned 3 years later and moved to the nearby town of Humboldt, where Steve's family had also resettled.

By now Randy had teamed up with Jon Porter (organ), Tom Northup (drums),and John Callahan (guitar) which over the next few years evovled in to Lazy River. Tom left but was replaced by Artie Strutzenberg on drums, and the band added Mark Flanagan on bass. By early 1969 Lazy River became quite popular in the region, playing a host of impressive gigs, like the popular Star Ballroom in Dakota City and other notable venues.

Meanwhile Steve Fox was honing his skills on bass guitar and started another local band with Dan Dodgen, John Brandsgard, and Doug Sandvig called Crosstown Traffic.By 1969 they were playing regularly and the two bands found themselves competing all over Iowa for gigs , as their styles of music were very similar(lron Butterfly, Grand Funk, Black Sabbath). But conflicts and personality clashes, in both bands, were about to have their impact. Callahan, Strutzenberg, and Flanagan left Lazy River to form Goo, and took Brandsgard along with them, virtually decimating the two bands and leaving both with several jobs to do.

At the same time Doug Sandvig decided to quit and it was at this time that Randy and John asked Steve to join them, and Shadrack was formed, although continuing under the name Lazy River to fulfill their previous contracts. In the summer of 1972 one of the owners of Iowa Great Lakes Records, in nearby Milford, heard Shadrack at a local club and was veryimpressed with their Neil Young style of 'Road to OLe Miss.' and it wasn't long before the band was recording'lt Was Me' and 'I Wonder Why", of which 1,000 copies were pressed and released in early 1973.

But 1973 was the last official year the band played together in their original lineup. They backed-up the nationally known band The Ides of March' (Vehicle) at the Roof Garden ballroom that summer, but college, and other ambitions later that year .ended the band. In the fall of 1973 and through the early winter, the band recorded the 'Shadrack Chameleon' LP on a Teac, Reel to Reel Tape Machine, in a studio built from an old storage shed they called 'Shadrack Recording Studio'.

The personnel were a mix of Lazy Smoke, Crosstown Traffic, and Shadrack, and the music reflects this diversity. The name 'Chameleon' was added as an afterthought from the first LP track. In all, only 300 copies of the LP were released, and today , it not only remains highly rated, but extremely rare to the record collectors of the world. 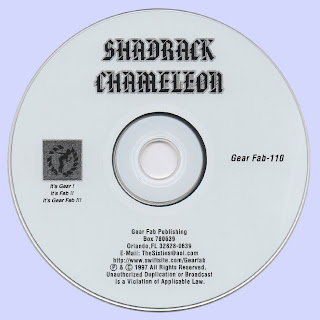