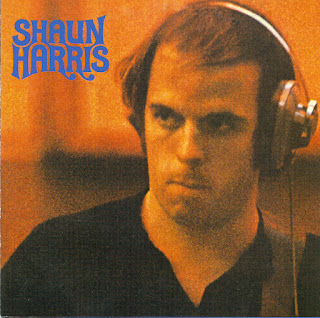 Though best known for his stint as bassist with the legendary psychedelic outfit West Coast Pop Art Experimental Band, Shaun Harris also cut a cult-classic solo LP for Capitol in 1973. Born in Colorado Springs, CO, in 1946, Harris was the oldest son of symphonic composer Roy Harris; the family relocated to Los Angeles in 1962, and a year later Shaun and his younger brother Danny joined the Kim Fowley-produced rock combo the Snowmen. While attending Hollywood Professional School, the Harris brothers befriended Michael Lloyd, leader of rival band the Rogues; Shaun eventually assumed bass duties in the Rogues, and in 1965 he also recorded a solo single, "Wanted: Dead or Alive," for Fowley's Living Legend label. With recording equipment borrowed from their father, the Harris brothers and Lloyd next began cutting the demos that would ultimately comprise the first WCPAEB album (later issued on Fifo); with the addition of Svengali Bob Markley and drummer John Ware, the group began regularly appearing on the Sunset Strip club circuit, eventually signing to Reprise and releasing a series of underground psychedelic classics.

In 1968 Harris briefly left WCPAEB to tour and record with his band the California Spectrum; after the 1970 LP Markley, a Group, the West Coast Pop Art Experimental Band split for good, and the following year Harris signed a solo deal with Verve, recording under the alias Brigadune. The lone Brigadune single, "I'll Cry Out from My Grave (God I'm Sorry)," is a minor classic, documenting the sunshine pop sound at its most mordant -- as of this writing, it's most easily found on the excellent Soft Sounds for Gentle People compilation. In 1973 Harris signed to Capitol, issuing a self-titled LP boasting a country-rock sound unlike any of his previous efforts. Despite contributions from Beach Boy Bruce Johnston along with session aces Jim Gordon and Larry Knetchel, the record hit stores the exact same day as another Capitol release, Pink Floyd's The Dark Side of the Moon, and quickly fell off the label's radar. Harris subsequently reunited with Michael Lloyd and brother Danny on a handful of little-remembered projects like the Grand Concourse and Rockit, also serving for a time as president of Barry Manilow's publishing company before retiring to Oregon and writing a play based on his life. The British reissue imprint Rev-Ola resurrected Shaun Harris on CD in the fall of 2005.

Light years removed from the expansive psychedelia of his work with the West Coast Pop Art Experimental Band, Shaun Harris' lone solo LP remains a compelling curio of the singer/songwriter boom of the early '70s -- while its lush country-pop sensibility sits squarely in the mainstream, the record's melodies and arrangements are atypically complex and its lyrics are profoundly introspective, exploring themes of melancholy, self-doubt, and even suicide with uncommon candor. Recorded with members of L.A.'s famed studio team the Wrecking Crew and featuring string arrangements by the artist's father, the esteemed symphonic composer Roy Harris, Shaun Harris captures the fear and resignation of an artist in the twilight of his career -- "Nothing to write that hasn't been written/What's the real point of livin'?" Harris asks in the record's emotional centerpiece, "Today's the Day," his most direct confrontation of the despair that spreads like cancer across otherwise slick, sun-kissed productions like "Empty Without You" and "I'll Cry Out." Harris revels in such contradictions, capturing with nuance and insight the sunset of West Coast pop's seemingly endless summer.
by Jason Ankeny 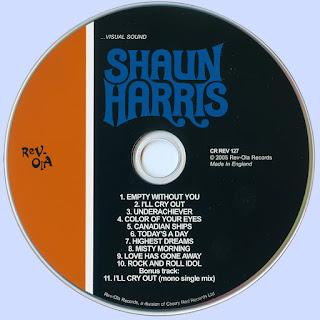