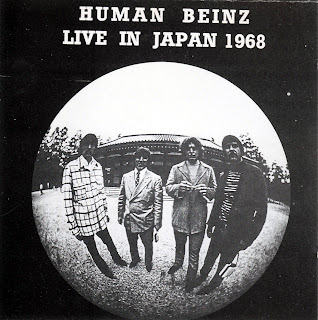 Youngstown, OH's the Human Beinz were one-hit wonders in the United States, their cover of the Isley Brothers' "Nobody But Me" being their only major chart success, but they fared better in Japan, where they topped the charts with their versions of "Hold on Baby" and "Turn on Your Love Light." the Human Beinz had already broken up when "Hold on Baby" became a sensation in Japan in the spring of 1969, but they were persuaded to reunite to play a string of shows in the Land of the Rising Sun, and to the surprise of the group one of their shows at Tokyo's Shibuya Public Hall was recorded and released as a live album in Japan.

While their hit singles were blue-eyed R'n'B workouts, on their albums the Human Beinz revealed they were clearly more interested in hard rock and the occasional psychedelic freakout, and they try to have it both ways on Human Beinz in Japan; all three hits are here, but the bandmembers attack them with significantly more force than they did in the studio, and they take the opportunity to run through some of their more idiosyncratic material, such as the tough rockin' "I've Got to Keep on Pushin'," the eccentric "My Animal," the concisely titled "Boogie," and some strong versions of tunes by Jimi Hendrix ("Foxy Lady"), Buffalo Springfield ("Mr. Soul"), and the Rolling Stones ("I'm All Right").

John "Dick" Belley and Ting Markulin's guitars offer a lot more bark on-stage than they did in the studio, Markulin is a passionate vocalist, and Mel Pachuta and Mike Tatman make for a fine, propulsive rhythm section. In Japan may have been something of an afterthought for the Human Beinz, but it offers proof they were a better live band than most short-lived acts of the era, and it certainly deserves a hearing in the group's homeland.
by Mark Deming 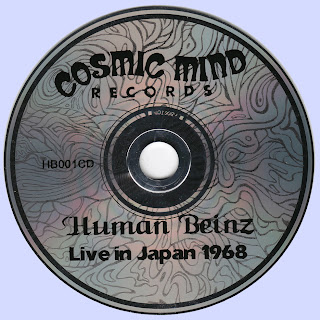 Free Text
Text Host
Posted by Marios at 5:22 AM 7 comments: