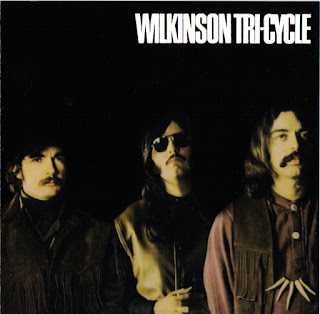 Signed by CBS's Date subsidiary,1969's "Wilkinson Tri-Cycle" was co-produced by Warren Schatz and Stephen Schlake.  Musically the set offered up an engaging mix of heavy blues-rock ('Leavin' Trunk' and 'Antique Locomotives') more trippy, pseudo-psych attack ('What Of I' and the atypical heavily orchestrated 'Pourscha Poe') and occasional unexpected jazzy touches. In the negative column the trio lacked a truly distinctive lead singer (the limited liner notes didn't credit vocalists) and their overall sound was occasionally a bit thin giving the impression this was recorded quickly and without a lot of post-production touch up.

Positives included some great guitar work from Mello - check out his work on the rocker '9-5 '59' and with the exception of the heavily orchestrated 'David's Rush' the material boasted surprisingly memorable melodies. Curiously, a couple of reference works I've seen describe material like 'Pourscha Poe' and 'Yellow Wall' as being Beatlesque (always a creative kiss of death). Wrong. Think along the lines of late-1960s San Francisco bands and you'll be closer to the mark.  Unfotunately Date did nothing to promote the album so sales proved limited with the band calling it quits before they could release anything else.  Too bad since these guys had considerable talent.
Bad-cat 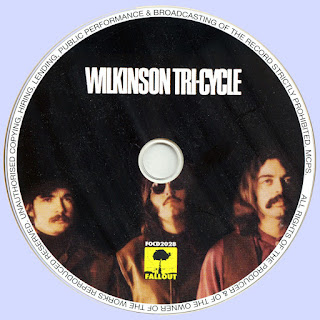 Free Text
the Free Text
Posted by Marios at 6:19 AM 3 comments: