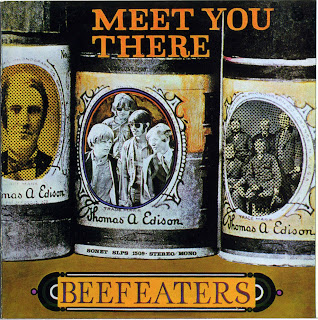 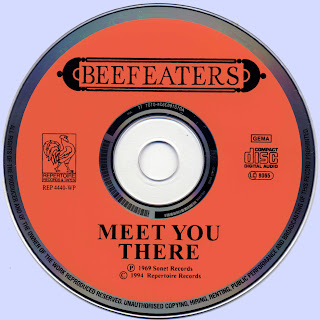 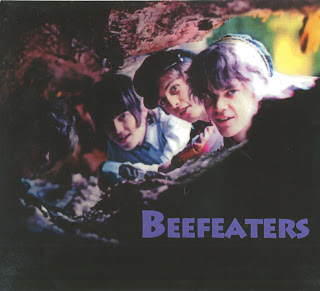 The years from 1964 to 1968 gave birth to dozens of Danish beat groups with hundreds of musicians Mvolved. This musical period is called "Pigtrád". Most of the hands were short-lived playing a few gigs only. Some of Mem made it on record. Many oí these records carne out on smal1 independent labels - some being one-time-publications only - but few hands managed lo gel a contract from big labels of tile record industry, mainly Sonel. Metronome, Polydor, 1-MI or CBS.
Both, independent or industrial issues of Mis era, today in many cases are hard-to-fínd collectors' iteras. This results in the l'ad that some Men unknown narres became important in the end of the sixties through the beginning of the seventies. "ro name some of those comercial ly most successful bands, first, e.g.11ur¬nin' Red Ivanhoe, Gasolin', Gnags, Savagc Rose or Secret Oyster became famous even internationally. They tourcd outside Scandinavia with their records being edited in West Germany, France, the Nether¬lands, United Kingdom or even United States.

At the peak of the Pigtrild era, on the threshold to Psychedelia and .lazz-Rock, one most successful Danish bands were the Beefeaters. They were founded in Eebruary 1964 by Soren "Bor Seirup (6, ) (ex-Stringers), Lars Kolbed (rh-g, later 6-str-el-b), Jimmy "Biller" Sardorff (lead-g) (ex Elintsto¬nes), Niels Kjz.er Mortensen (d) and Kurt Parking (rh-g, v). The group played various very successful gigs around Copenhagen until September 1964 When Kjler and Parking left to carry on with Les Rivals or thc Jockeys (later Yes Indeed), respectively. Irving Waldorf became new drummer until the group dis¬banded around turn of the year 1964/1965.
Seirup and Sardorff reformed the band in February 1965 With new members Erling "Mozart" Madsen (d, pc) and Morten Kjlerumgard (o). This line-up marked the turning point of the group emerging from Pig¬trád into Soul. This new style mude the Beefeaters a legend all over Denmark. During 1965 Sardorff left to be followed by lead-guitarist Hans Mogensen (ex-Shindings) for a short period and Tom Methling.
\ Mack Pools) on second guitar. The group also found a new bass-player, lemming "Keith" Folger¬,en. N, ls the line-up was complete for thcir first recording session in January 1966.
Tounder member Seirup lett in March 1966, brielly replaced by ()le "Bingo" Frederiksen. In April 1966 funn'e legend Peter Thorup (ex-Black Pools) joined the Beefeaters on lead-vocals and rhythm-guitar. Alter Methling left a few months later, Thorup took ovar lead-guitar.
The departure of Seirup as a soul¬oriented singer, and the entrance of Thorup mude the Beefeaters change their style, again. Concerts now showed on stage a rough hand playing the dirtiest Rhythm & Blues using light shows as early as May 1967. A new label in the media, "Psychedelic Underground", became their new image which helped them Gnd warm-up gigs for Jimi Hendrix, Pink Floyd„lohn Mayall or the likes.
In 1968 the Beefeaters also played for the Young Flowers' TV-series "Blomsterpistolen", or Benny Andersen's childrens' play "Den htese Drage". They also supported singer songwriter Povl Dissing who had a name outside Denmark due to his collaboration with Burnin' Red Ivanhoc. In March 1968 Madsen was replaced by Max Nutzhom "Nhuthzhi" Sehmidt Nielsen (ex-Black Pools).
1Pocod Musica 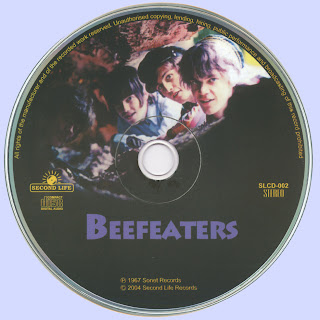