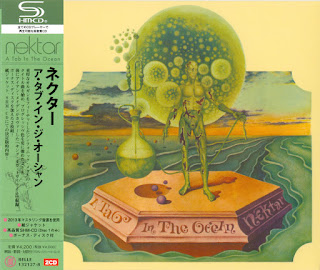 One of the first ‘prog’ concept albums, Nektar’s ‘A Tab In The Ocean’ is an innovative piece of music that helped propel the group to international stardom.
Europe was first to catch on to this British collective’s work, but success soon followed in the United States. A Tab in the Ocean built on the sound of Nektar’s first album, Journey to the Centre of the Eye, but further emphasized a “concept” over its five tracks (the lengthiest being album opener “A Tab in the Ocean”) and took the band musically in a tighter, more structured and focused direction.
The time that the band lived in Germany, before their departure to live in the USA, was spent in the cellar of the house they rented in the little town of Seeheim that eventually became their rehearsal room. It is in this cellar that the idea for a follow-up album to Journey To The Centre Of The Eye was to be conceived. As founding band member Roye Albrighton recalls, “The only piece of furniture we had in the house was a fish tank, and one day we were all sitting watching it when someone said ‘I wonder what would happen if a giant tab of acid was dropped into the sea?’ We had found our title and concept for the new album.” The album is still considered one of the band’s finest efforts.
The Nektar story is a remarkable one. A British rock band that found stardom and major success in Germany and the USA, yet failed to make the significant breakthrough in their own country. With three gold albums under their belt (Remember the Future, Down To Earth and Recycled), Nektar produced some of the most original work of the seventies and eighties. In virtuoso guitarist Roye Albrighton Nektar had a charismatic front man who had shared a stage with Jimi Hendrix, in Allan “Taff” Freeman a unique keyboard player, in Derek “Mo” Moore a bass playing powerhouse and in Ron Howden a fluidity rarely found in a drummer. Fifth member Mick Brockett was not a musician, but was responsible for one of the most stunning light and visual shows ever to grace the rock stage. Nektar’s history appeared to have been written when they finally split in the eighties.
by Joe Marchese 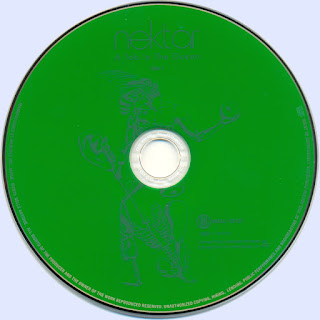 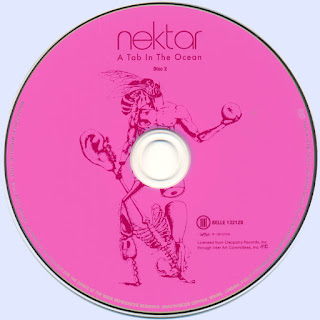