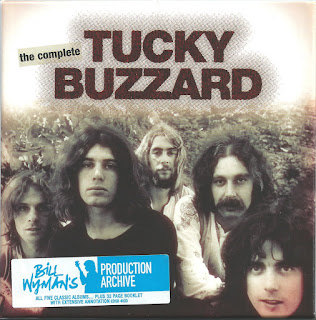 Tucky Buzzard.  You might vaguely recall the name if not the music.  You could be forgiven in thinking that they were long haired southern rockers.  Truth is, they morphed out of UK psychedelic rockers The End, were largely produced by Rolling Stone Bill Wyman and their debut album featured a Spanish symphony orchestra conducted by Waldo de Los Rios.  Confused?

Coming On Again is the only album of this five album box set not to have been produced by Bill Wyman and this might have allowed the band a flexibility absent in subsequent years.  Alan Robinson’s somewhat musically subjective liner note enthuses  – “I am willing to nail the sorry arse of my critical faculties to the wall” – over its essentially classical/prog fusion content that may have been overlooked in the pantheon of the genre.  He may be right.

With its guitar/Hammond interplay the long “suite” immediately recalls early Deep Purple who were to figure in the band’s story a few years later.

The band  attracted Capitol Records in the USA for the next two albums.  The sophomore release Tucky Buzzard actually featured recordings made for a second, aborted The End album in the late 1960s.  The music is a mixture of Humble Pie and even a ballsy Badfinger which is probably why the band appealed across the pond as both had achieved considerable success in the States by this time.

Warm Slash was more reflective of the band’s hard rocking style when released in June 1971 influenced by the likes of Grand Funk Railroad with whom they had toured in the States.  ‘Burnin” and ‘Heartbreaker’ are particularly groovy.

1973′s All Right On The Night was the start of the band’s relationship with Deep Purple and their fledgling Purple label.  The band would count the band amongst their heroes and this connection was furthered when the band opened for Purple on tour in the States.  The album sits well with its predecessor; in the main, excellent, driving hard rock/boogie.

The band’s final outing Buzzard released in 1973 brings them almost full circle with a more rock and roll feel and aligning them more closely with bands like The Rolling Stones, The Faces and even Led Zeppelin.  But that particular musical boat had already sailed and was well established.  Tucky Buzzard were destined to become a mere footnote and  “also-rans”.

One can only wonder what might have happened if they’d have continued the prog themes of their debut album, the musicianship was certainly top notch and with a refreshing sense of adventure. The band’s essentially British-based rock and roll could have provided the template for many a modern wannabe and anyone who can trace their lineage from the early 1970s.

Interestingly the band never filtered through in other incarnations after their split.  Keyboard player Nicky Graham later wrote material for the pop duo Bros in the early 1990s whilst guitarist Terry Taylor remained with Bill Wyman, this time in The Rhythm Kings.

This well presented box set will do much to put the band’s story in context and brings together their output which previously has been single or 2 on 1 CD releases  and often difficult or expensive to obtain.  There are no bonus tracks and the curious will probably want to seek out the earlier Edsel box set chronicling the pre-Buzzard, The End.
by David Randall 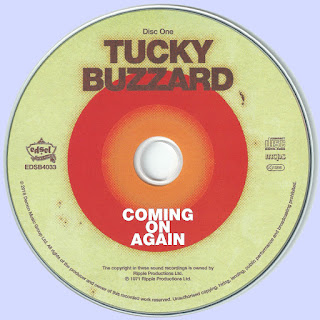 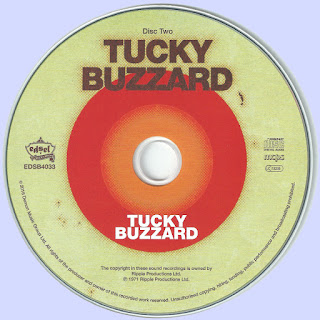 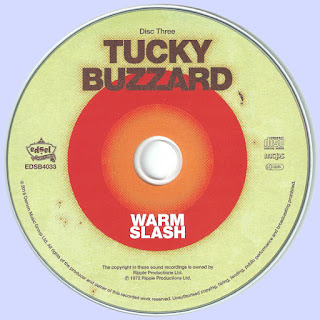 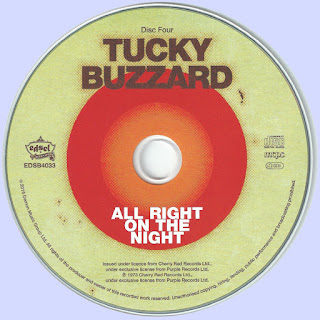 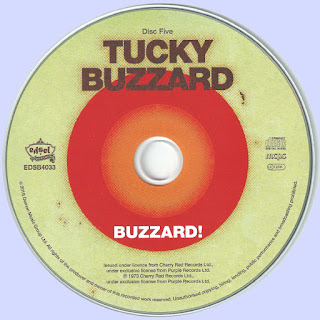 Free Text
Text Host
Posted by Marios at 3:55 AM 4 comments: