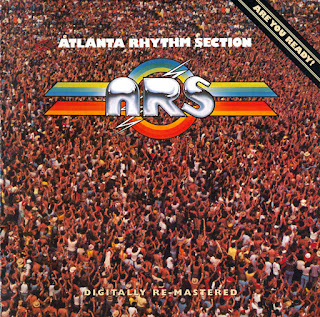 Both a tribute to ARS's popular success and a testimony to their musical abilities, the live album Are You Ready! was released in 1979. The cover images show how far the group had come-from the house band at a small studio outside Atlanta to playing to stadiums full of people. The album also documents the power that ARS could bring to a live performance. While their musical talents had been well documented with their studio recordings, their ability to give songs a different but equally enjoyable arrangement in concert comes through clearly. Overall, this is another classic work-a compilation of many great songs from their albums up through Champagne Jam played with great energy and skill

The album starts off with a grand opening for a band from Atlanta-the slowing building orchestral Tara's Theme from the film "Gone With the Wind." The announcer asks the crowd "are you ready?!" and the band breaks into Sky High. Songs two-four are all from the album Champagne Jam and keep up the pace and the energy. Songs five-seven go back to some of the group's earliest work-from the rocking Back Up Against the Wall to the incredible musical diversity of Angel to the ballad Conversation. Their biggest hit, Imaginary Lover, is followed by their first hit, Doraville. This leads into the concert classic Another Man's Woman. Two more songs documenting how ARS presented A Rock & Roll Alternative are followed by the closing cover of Long Tall Sally. It's a great live time.
ARS 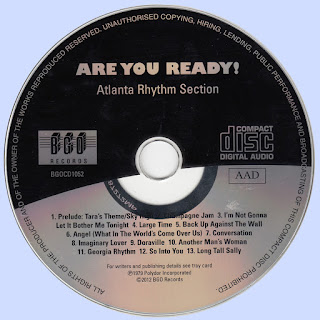