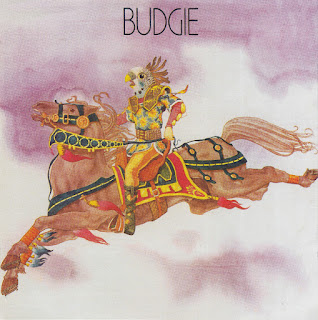 Formed in 1968, Budgie had busted their way out of South Wales with barely a backward glance. Bourge remembers: “We were going for it – so much so that we’d even have arguments with agents over money. A lot of bands wouldn’t stand their ground, thinking they didn’t want to blow gigs, but we’d go for their throat and tell them to stuff their clubs, we could get our own gigs. And we did.

“Everything was a challenge to us; we were totally dedicated. Like the Three Musketeers. One hundred per cent full on. A bit like the punks in attitude. We wanted to do well, we wanted to make albums. We had no back seat about that. We knew we’d get into a studio at some time, it was just a question of when.”

The man to help them take that step was Rodger Bain, Black Sabbath’s first producer, who later also discovered Judas Priest. He was down at Rockfield Studios in Monmouth, South Wales, on a talent spotting mission when Shelley was tipped off by an agent: “They said go there, do your best but do not play any of that stuff you’ve written. Play all the hits, Yummy Yummy Yummy [a 1968 bubblegum-pop hit for Ohio Express] or whatever. So we said: ‘Yeah, yeah’. And when the others asked what we were gonna play I said: ‘All our own stuff!’”

Curiously, a fresh-faced David ‘Kid’ Jensen was the first DJ to be attracted by Budgie’s charms. “Radio Luxembourg launched us,” Shelley confirms. “Kid heard our first album, thought it was fantastic and played it and played it. He had us over there and the album took off. He was the kid with all the money, taking his mates to the fairground. That’s when I went on one of those cylinder things: you start spinning around and they take the floor away. You gotta watch it, though, when it slows down.”

Throughout the 70s, the unfashionable Budgie were as oddball as their name. Although specialising in heads-down, no-nonsense riffage, their albums all included acoustic interludes and softer songs which, by accident or design, made everything else sound even heavier. Additionally, they wrote the most ridiculous song titles ever. (Don’t waste your time looking for a better trio than You’re The Biggest Thing Since Powdered Milk, In The Grip Of A Tyrefitter’s Hand, and their debut's Nude Disintegrating Parachutist Woman).

Frontman Burke Shelley (hair and bass, a template for Maiden’s Steve Harris, aviator spectacles rarely copied) sang in a higher-than-average register but better than Geddy Lee, with whom he is often unfairly compared. Alongside him the band’s other unique selling point was Tony Bourge, an exceptional guitarist of many stripes but seemingly happiest inventing riffs that have inspired everyone from nascent NWOBHM heroes to Josh Homme.

The debut album, released in June 1971 has become something of a classic. As AllMusic say, "For those seriously interested in metal's development, bombastic treasures like Homicidal Suicidal, and Nude Disintegrating Parachutist Woman are essential listening."
by Classic Rock, October 16, 2018 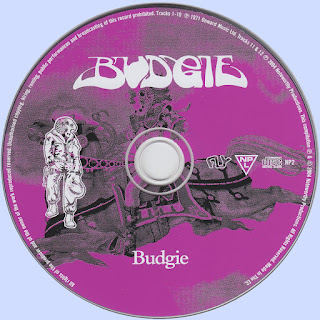 Free Text
Text Host
Posted by Marios at 11:25 AM 3 comments: