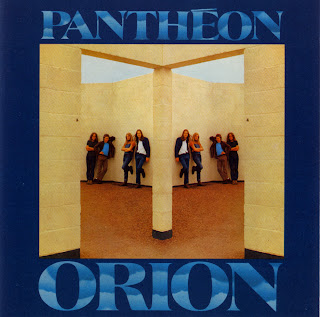 Pantheon sprung forth from a high school band in 1971. The band, starting off initially with five members, won a national talent scouting in The Hague at the annual Rekreade Festival. Their first prize was a recording session with record company Phonogram

With the attention this record received in the media the number of live concerts substantially increased. Concerts in Pop temple Paradiso and the other big concert halls in the progressive scene were very successful. More and more Pantheon was asked as a supporting act for Focus and Solution

Their second single, Daybreak / Anais, received a great deal of attention on radio and television. This paved the way for Tony Vos, the producer of Phonogram, to record the album Orion in 1972, released on the prestigious Vertigo label. The album was well received and through Paul Acket's booking agency concerts abroad were booked, a.o. as a supporting act for Mungo Jerry during their Switzerland tour. An absolute highlight was their concert in the Doelen in Rotterdam as the supporting act for the Steve Miller Band

A youthful, none of the band members were older than twenty one at the time, lack of financial and commercial insight coupled with a cocky attitude towards the record company and booking agencies led to a premature breaking up of the band. An attempt to regain their position with a renewed cast (a.o. ex-Focus drummer Pierre van der Linden) failed. Up to 1992 they played at various revival concerts with the original line up 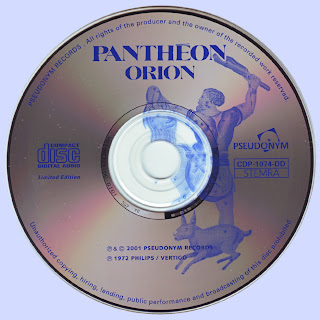