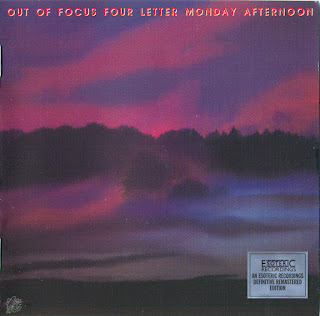 Out of Focus' third album was their magnum opus, where all the stops are pulled out and the group, with the addition of a horn section and bongos, was at their most inventive. As a natural progression from the earlier two records, Four Letter Monday Afternoon has even longer instrumental sections, as well as far more variety.
The double album opens with the sidelong track "L.S.B.," which is either a misspelling of LSD or stands for "Love S Burning." This track starts off with an imposing martial beat before evolving into a more typical funk groove with over-the-top brass, before this collapses into a brief bit of free jazz and explosions, then a pastoral flute solo, and then more of the powerfully swinging jazz-rock. "Tsajama" goes more in a Magma direction, with weird vocal chanting and an intense bass-driven sound, whereas "Black Cards" is more wistful, with bleak lyrics and haunted flute. Of the only two short tracks, "Where Have You Been" is a bitter folk song, with a far more sparse instrumentation of acoustic guitar and not much else, and the CD bonus cut, "When I'm Sleeping," is the only slightly conventional song on the album.
The second CD (sides three and four of the original album) contains the three parts of a single piece, "Huchen 55," each segued to the next by a multi-tracked flute solo. This mostly instrumental improvisation is all over the place as the group gets even more free-form than usual. Though the less-focused "Huchen 55" is not quite as strong as much of the material on the first disc, it is still a compelling piece with some fascinating parts. Four Letter Monday Afternoon was an ambitious project and it succeeds wonderfully.
by Rolf Semprebon 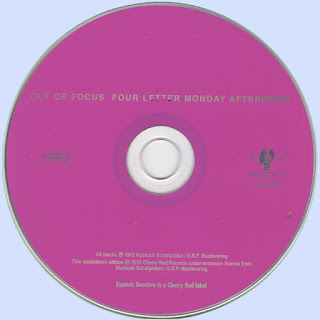 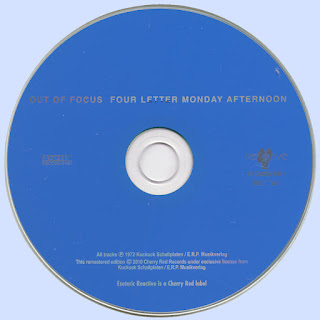