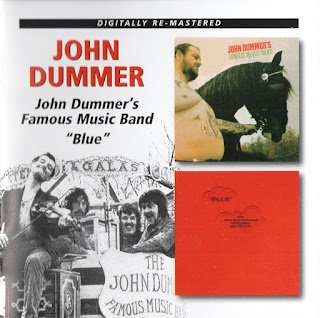 Anthony John Dummer was born in 19th November 1944 in Surbiton, and started his musical career round mid sixties with the short lived Junior Ervine and The midnight Hours, after which he answered a Malody Maker ad for a blues singer, before evolving with the Muskrats and the Grebbells, and lasted until the early 70s, surviving numerous personnel changes. The line-up included prominent British blues artists such as pianist Bob Hall, guitarist Dave Kelly and his sister Jo Ann Kelly, Mike Cooper, and Tony McPhee. The band backed touring American artists John Lee Hooker and Howlin’ Wolf, and recorded albums for Mercury and Vertigo between 1969 and 1973.
In late 1970 guitarist Dave Kelly left the band and was replaced by Nick Pickett who took over the songwriting, and change their name to John Dummer's Famous Music Band dropping the "Blues" signifier from their name, the band decided on further modification. The band moved slightly away from their original blues roots, but didn’t really find the commercial success they deserved. These albums, released in 1971 and 1972 on the Fontana and Vertigo labels. 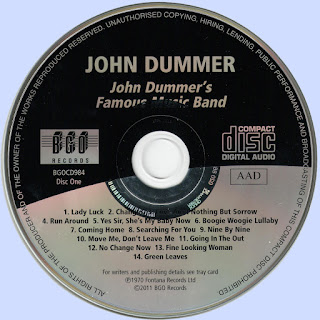 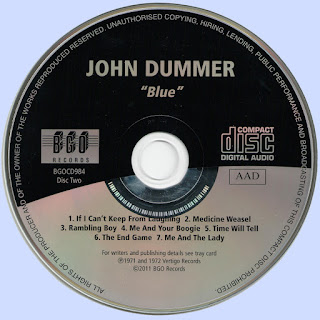