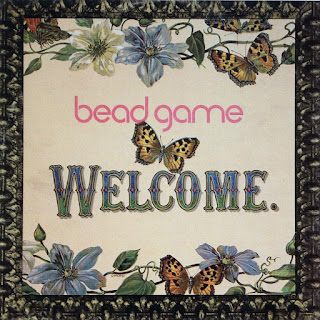 This Boston based psychedelic / early progressive band known as The Bead Game originated in 1968 at Harvard and was conceived by Newton native and classical musician Robert Gass who then gave up the classical for Rock and Roll.  The name came from the book The Glass Bead Game by Herman Hesse.  Eastern spirituality was the theme then and band leader Robert Gass continues that theme nearly 50 years later as an internationally recognized coach with leaders fostering organizational transformation, and enabling human development.  Don’t ever let anyone tell you that Rock & Roll doesn’t prepare you for a successful career in both organizational and personal transformation.

The Bead Game were managed by Ray Paret (Amphion) who managed and developed many groups and individual artists including the J. Geils Band, Andy Pratt, Ultimate Spinach, Quill, and Bob McCarthy among many others—most of whom are featured elsewhere on this website. The group built a local following before attracting the attention of Avco/Embassy Records and producer Gary Katz. In 1970 they appeared in the film The People Next Door. It was also in 1970 that saw the release of the band’s only proper album, Welcome, on the Avco/Embassy label. This album showcased a late crossover sound and featured drummer Jim Hodder (December 17, 1947 – June 5, 1990) singing lead vocals on all tracks.

Who knew that the band would be so influential and an eventual catalyst for a band of far wider significance. In 1972, Hodder accepted an invitation from Gary Katz and Boston guitarist Jeff “Skunk” Baxter to relocate to Los Angeles and join the newly forming Steely Dan. Hodder appeared on their first three albums, left the group in 1974, and worked as a session musician before his untimely death.

What’s interesting is that The Bead Game were most definitely a sum of the parts of the group than any one individual’s showcase—Robert Gass (keyboards), John Sheldon (lead guitar), Lassie Sachs (bass), Kenny Westland-Haag (rhythm guitar), Jim Hodder (lead vocals and drums).

A review of The Bead Game that appeared within the Harvard Crimson on May 9, 1969 pretty much sums it up.  “Very few rock groups, and even fewer American ones, manage to make music that is not only complex in its musical structure but at the same time retains the visceral, frantic dynamism that one associates with true rock & roll.  The Bead Game is one of the finest groups in the country precisely because its music is just such an extraordinary synthesis of complexity and dynamics.”

Copies of both the Bead Game’s Welcome as well as their 2nd self-titled album, which was recorded in 1971 but got shelved until its release 44 years afterward, are both currently available from Amazon.
by Karl E. Sharicz 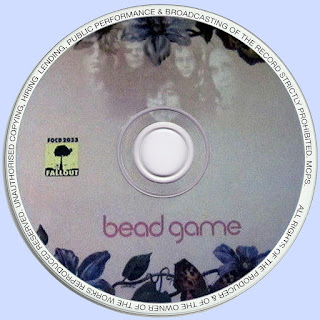