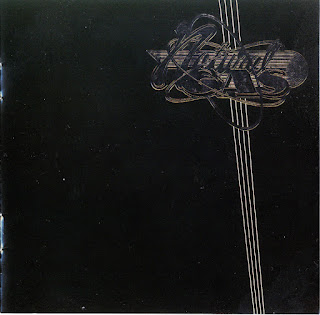 Natural Gas were a rock band featuring Peter Wood, Joey Molland, Mark Clarke and Jerry Shirley. They released one album, Natural Gas, produced by Felix Pappalardi, in 1976.
Joseph ("Joey") Charles Molland (born June 21, 1947, Liverpool, England) is a composer and rock guitarist whose recording career spans four decades. He is probably best known as a member of Badfinger.   Molland left Badfinger in late 1974 due to disagreements over management. In 1975, he joined with Jerry Shirley (formerly of Humble Pie) and formed a group called Natural Gas. The band released the LP Natural Gas on Private Stock Records in 1976, and enjoyed a successful tour with Peter Frampton the following year. According to Molland, a general lack of organization led to the band's demise late in 1977.   Molland and former Badfinger band mate Tom Evans recorded two albums under the Badfinger name, Airwaves in 1978, and Say No More in 1981. Molland and Evans split acrimoniously after Say No More and the two performed in rival touring Badfinger bands until Evans' death in 1983.   Most of Molland's career since 1983 has been with various groups performing tours under the Badfinger name, or as "Joey Molland's Badfinger." Earlier versions of these groups sometimes included original Badfinger drummer Mike Gibbins.   Molland's solo recordings have been relatively sporadic. His first, After The Pearl, was released in 1984 on Earthtone Records. His second, The Pilgrim, was released in 1992 on Rykodisc. His third, This Way Up, was independently released in 2001.
Mark Clarke (born July 25, 1950, in Liverpool, England) is a former member of Colosseum and Uriah Heep. He was the bass guitarist for Colosseum from 1970 until 1972 (and from 1994 after Colosseum's reunion), when he briefly joined Uriah Heep, performing (and co-writing) on just one studio track, "The Wizard", on their 1972 album Demons & Wizards. He also played bass on Ken Hensley's solo albums. In 1975 he went on to join Natural Gas, Ritchie Blackmores Rainbow, and in 1980 started working with Billy Squier and recorded Don't Say No, The Stroke, In the Dark and many other albums with him. In 1985 he joined The Monkees and until recently still worked with Davy Jones. Clarke has also worked with Mountain (Leslie West) and Ian Hunter (Mott the Hoople), recording albums with both of them.
Peter Wood (1950–1993) was a British musician, born in Middlesex, England. In his early years he lived with his parents in Hythe Field Avenue, Egham, Surrey. He was a member of Quiver, and Natural Gas, before he began to work closely with Al Stewart, Roger Waters, as well as Cyndi Lauper, Jonathan Kelly, Tommy Shaw and Bob Dylan just to mention a few.   Wood is the co-writer of the 1976 Al Stewart single "Year of the Cat".   He was one of the original members of 'The Bleeding Hearts Band' (John 'Willie' Wilson, Andy Bown, Snowy White and Peter Wood), who featured as a supporting/backing band in the 'The Wall' live shows in 1980 and 1990, and after his death the group toured extensively with Roger Waters, although with additional musicians. Wood died in 1993.
Jerry Shirley (born 4 February 1952, Waltham Cross, London) is an English rock drummer, best known for his work with the bands, Humble Pie and Fastway.   Shirley began playing drums at an early age and was recruited by noted vocalist and guitarist Steve Marriott to join the newly-formed Humble Pie when he was just 17 years old. Shirley remained as Humble Pie's drummer throughout the group's entire career. He also worked on Steve Marriott's solo projects, and was a co-founder of the popular 1980s group Fastway. Shirley co-wrote Fastway's biggest hit, "Say What You Will". After Fastway disbanded, Shirley decided to reform Humble Pie in the United States. Being the only original group member, the band was called Humble Pie Featuring Jerry Shirley. Former Victory and Ted Nugent band singer Charlie Huhn joined Shirley, and together they performed as Humble Pie Featuring Jerry Shirley with several other rotating musicians for approximately ten years. During this time, Shirley also worked as a disc jockey at WNCX in Cleveland, Ohio.   Aside from Humble Pie and Fastway, Shirley has worked with David Gilmour, Alexis Korner, Billy Nicholls, Syd Barrett, John Entwistle, Sammy Hagar and Benny Mardones.
ItsAboutMusic 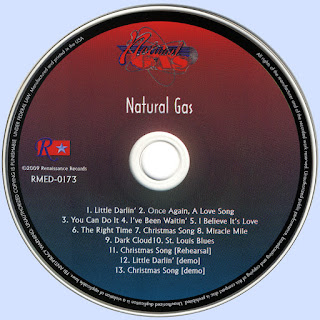