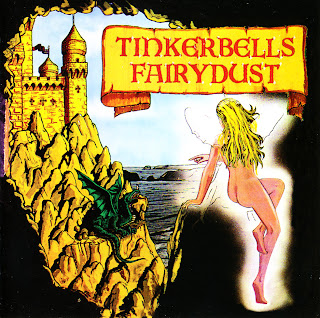 At the beginning of the 1960's, brothers Gerald 'Ged' Wade (guitar) and Charlie 'Chaz' Wade ("tea chest" bass) formed a skiffle group in Barking, Essex, called The Moonrakers with Bob Holding on vocals. The Moonrakers became The Ramrods/The Ramrod Combo with Chris Howell and Pete Hole on guitars and Fred Gamage on bass. In 1963, they changed their name to The Ricochets and Dave Hunter became their lead singer. When Tommy Bishop became lead singer, they called themselves Tommy Bishop and The Ricochets and then Tommy Bishop's Ricochets.

By this time, the group included local resident Dennis 'Ned' Smith on keyboards and saxophone player Steve Salfield from Derby. Their manager, Alvin Roy, who had a jazz band, obtained work for the group in Germany and Spain. Alvin Roy also secured them a deal with Decca, leading to the release of "I Should Have Known" b/w "On the Other Hand".
After a year of gigs in the UK and Europe, the work dried up and Ged was asked to act as bassist for Upminster band Easy Come Easy Go (previously known as Dave and The Strollers) with Stuart Attride, Barry Creasey and future Grapefruit member John Perry. Chaz Wade then followed his brother into this grouping as a second singer. (Prior to the Wade brothers joining Easy Come Easy Go, Gene Latter's cover of The Rolling Stones' "Mother's Little Helper" featured Easy Come Easy Go as the backing band.)

In early 1967, they evolved into The Rush with members Barry Attride (stage name of Stuart Jefferson) on guitar, keyboards and vocals; Pete Hole on keyboards and guitar; Ged Wade on bass guitar and vocals and Chaz Wade on drums and vocals. Promoter Alan Eisenberg took an interest in The Rush and the group attracted the attention of manager/entrepreneur Don Arden. Arden had recently parted company with the Small Faces and was looking for a replacement band.
A deal was arranged with the Don Arden Agency and the group obtained a three year deal with Decca. "Happy' b/w "Once Again" recorded at West Hampstead studios, with Marc Wildey as producer and Vic Smith as engineer received frequent airplay on Radio Caroline and Radio London, but did not chart. Shortly afterwards, Pete Hole emigrated to Australia and new guitarist Steve Maher (formerly Doughnuts, Shades of Blue and The Circle) from Witham near Chelmsford was recruited into the group. The following week, "Make Mine Music" b/w "Enjoy It" was recorded and its release led to an appearance on Granada's TV series "The Firstimers" performing "Happy" and Make Mine Music".

The Wade brothers father owned a music shop called The Gearbox and a clothing shop, the Gearbox Group-tique in Ripple Road, Barking. As a result, the band were able to rehearse in the music shop and borrow the best equipment for gigs and recordings and wear the latest Carnaby Street fashions from stock sold in the clothing shop. In late 1967, Chaz Wade joined The Symbols just after the release of "(The Best Part of) Breaking Up" and ex-Stollers drummer Barry Creasey (aka Barry Naill) was brought in as his replacement.
Decca in-house producer Vic Smith was working closely with the group and decided to name them Tinkerbell's Fairydust for studio projects while the group continued to gig as The Rush. The band obtained a residency at the Plough & Harrow in Leytonstone, run by the infamous Jacob brothers and this was followed by a residency for two years at the Queens Arms every Thursday with another at The Empire, Edmonton on Saturdays and Sundays.

A cover of Spanky and Our Gang's "Lazy Day" was chosen for the first release under the Tinkerbell's Fairydust name backed by a Vic Smith original "In My Magic Garden". Soon after, various band members reunited with Tommy Bishop for a one-off single as the Rock 'N' Revival Show. A second Tinkerbell's Fairydust single, "Twenty Ten" b/w "Walking My Baby" failed to nudge the UK charts but "Twenty Ten" climbed to number two in Japan's International Charts, only be held off the top spot by The Beatles' "Hey Jude".
With the addition of another ex-Stroller, Dave Church, on lead vocals, "Sheila's Back in Town" was released and it also entered the Japanese Top 10 chart. The song was recorded the day of Halloween and, after the backing track was produced, at around 8 P.M. approximately 30 people from other Decca sessions filed into the control room to add the party-like atmosphere. Jeff Lynne's "Follow Me Follow" from The Idle Race's "The Birthday Party" album was chosen for the B-side.

For unknown reasons, Decca chose to assemble an album (possibly for the Japanese market), that received finished labels and sleeves, but only reached the test pressing stage. In mint condition, it is arguably the most valuable LP ever made in Britain, according to the website of Cherry Red Records. The Rush continued to gig for four more years in the London clubs and Chaz Wade rejoined as frontman for a while during this period.
Manchester born Eileen Woodman (formerly She Trinity, British Maid and Gilded Cage and future The Humblebums, Pete Brown's Flying Tigers and Bitch), assisted The Rush for a period of time as their Hammond organist. With the rising prominence of the Canadian band Rush, the group became J.J.Foote and continued to gig under this name until they split in 1981.
FortyFive-cat﻿﻿ 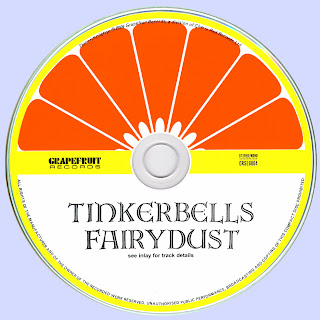