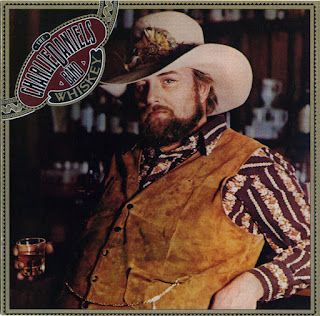 The death of Charlie Daniels almost inevitably was met with various headlines and tributes centred around his best-known song ‘The Devil Went Down to Georgia’. Released in 1979, the song marked a noticeably clear crossroads in his career. He went on to be a major mainstream country crossover star whose music became evermore dull, predictable and undistinguished. However, had his passing occurred prematurely, before the advent of his big hit, he would be remembered in a quite different way.
Daniels worked during the 1960s as an in-demand Nashville session musician. An accomplished fiddle player as well as a gifted guitarist and bass player, Daniels played on Bob Dylan’s ‘Nashville Skyline’ album, making enough of an impression to then play on Dylan’s next two albums ‘Self-Portrait’ and ‘New Morning’ as well. Daniels also played on some Leonard Cohen recordings, as well as spending time as part of his touring band.
Daniel’s own recording career began with his 1970 debut album simply titled ‘Charlie Daniels’. It blended rock, country, blues and soul into a uniquely southern sound which became a foundation for the emergence of ‘southern rock’. It is an important album and an exceptionally good one, which influenced many artists that followed in its wake. Indeed, as well as pursuing his own career, Daniels also played fiddle on the early Marshall Tucker Band albums, another seminal band in the genre’s development. Daniels released two more albums under his own name before 1974 saw the release of ‘Way Down Yonder’ his first as the Charlie Daniels Band. The albums from the 1970s incorporate a range of sounds including southern rock, country-rock, outlaw country and bluegrass. By the mid-seventies, albums like ‘Fire on the Mountain’, ‘Nightrider’ and ‘Saddle Tramp’ had established Daniels as a country music outrider. So much so that he even appeared in the 1976 ‘Heartworn Highways’ film alongside Townes Van Zandt, Guy Clark and Steve Earle.
Despite having made some very decent albums, it was probably his live shows at this time that created the biggest buzz around him. During this period, Daniels was consistently doing around 250 shows a year. In 1974 he founded the Nashville ‘Volunteer Jam’ concerts with Barefoot Jerry and played regularly at them in subsequent years. The unfortunately low quality 1975 live clip featured below this article does at least give a flavour of prime Charlie Daniels.
As well as going down to Georgia, the devil seemed to equally infest Charlie Daniels’ mind as his success in the 1980s and beyond not only changed his music out of all recognition, but his politics as well. In the 1970s in songs like ‘Uneasy Rider’ Daniels portrayed himself as a liberal amongst rednecks. He was also a staunch supporter of Jimmy Carter and played at the President’s inauguration in 1977. However, by the advent of the 21st century, Daniels was outspokenly supporting George W Bush and the Iraq War. Daniels also became a very vocal opponent of abortion, comparing the liberalisation of abortion laws in New York to the Nazi holocaust.
Despite what he ultimately became, Charlie Daniels is an important figure in the history and development of southern music. At AUK we have debated as to whether Charlie Daniels fits within the genre of ‘Americana’ and whether or not to mark his passing. Despite largely swimming against the tide of that opinion, I am pleased to have been given to opportunity to highlight his important and influential contribution.
by Clint West, July 10, 2020 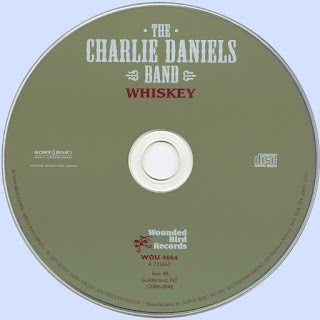 Free Text
Just Paste
Posted by Marios at 11:07 AM No comments: