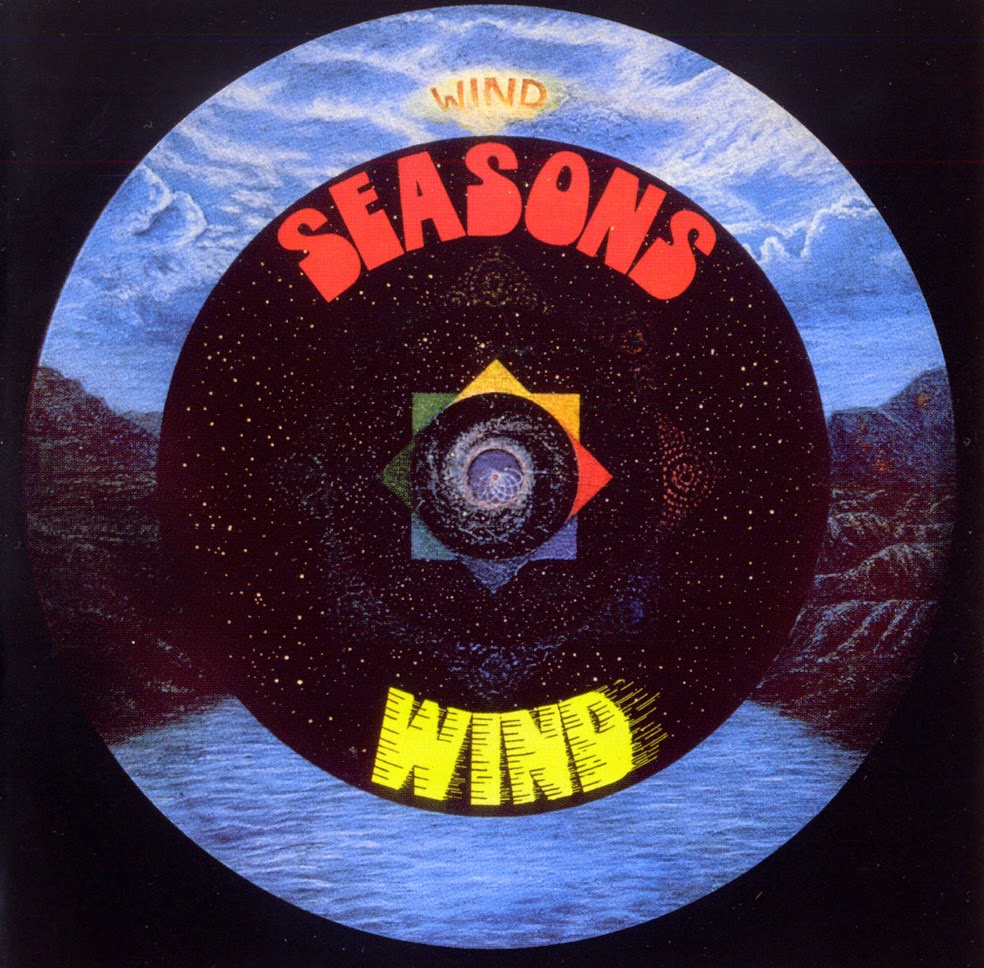 The German band Wind’s 1971 debut Seasons was one to watch out for. Well, it finally just got reissued via the Long Hair label (who have recently brought us several kraut-prog winners from Cannabis India, Mammut, and Et Cetera, amongst others) and so, already curious about it, we ordered a copy of it in…

First impression, before we even put it on, from looking at the photo on the back: damn, for a krautrock band, these guys have some seriously impressive, huge Afros!!! So, a lot of expectation / anticipation / long hair to live up to. And as it turns out, Wind don’t blow it (sorry). This album is fine indeed. It hits our “heavy” buttons but also has enough melodic and groove appeal that some of the folks here at AQ who, y’know, don’t spend time memorizing stuff out of krautrock reference books or obsessing about 1971 were into it too!

Wind were a five piece: guitar, organ, bass, drums, the singer sometimes busting out flute (yes!) and harmonica. With the organ, they’re in the “heavy progressive” mode of a lot of other early krautROCK bands, sounding as much like Deep Purple as they do Can. Both of which are cool by us, and the DO sound like both sometimes. Another once-popular krautrock band they remind us of is Birth Control (who we love, but sadly have never reviewed, relevant reissues seem scarce right now). So that means lots of thumping organ and fuzzy guitar riffs, which do indeed pound forth, especially on opener ‘What Do We Do Now’, and later on the even heavier ‘Dear Little Friend’, but even those songs have their shades of light as well as dark.

Wind featured raw sounds and tight playing, on this record definitely conveying an impassioned feeling, in part due to the singer’s often gruff, sandpapery voice, that at his toughest makes us think of Nazareth’s Dan McCafferty, though at times he can be quite smooth and soulful. His harmonica blowin’ on the 16 minute album-closer ‘Red Morningbird’ gives that song an evocative Ennio Morricone / Spaghetti Western vibe, also sounding a lot like one of Can’s Soundtracks tracks, and this album might be worth the price of admission alone just for that epic track. Certainly kraut-fans of Birth Control, Murphy Blend, Dies Irae, Gift, early Out Of Focus, will need to hear Wind’s Seasons, and like we said it has also been catching the ears of even those here who aren’t the biggest prog and proto-metal fiends.

Liner notes in German and English tell us that prior to the release of this album, the members of Wind were involved in recording an exploito-psych LP by “Corporal Gander’s Fire Dog Brigade”, and did an ill-fated, six-month tour of Vietnam (where there was a war going on, you may recall). But they survived all that to release this debut and another (much softer, we’re told) album in ’72, calling it a day not long after, having bad luck selling records despite good reviews and success on stage, having played clubs and festivals with the likes of Can, Family, East Of Eden, Pink Floyd and others.
Aq/rius recs 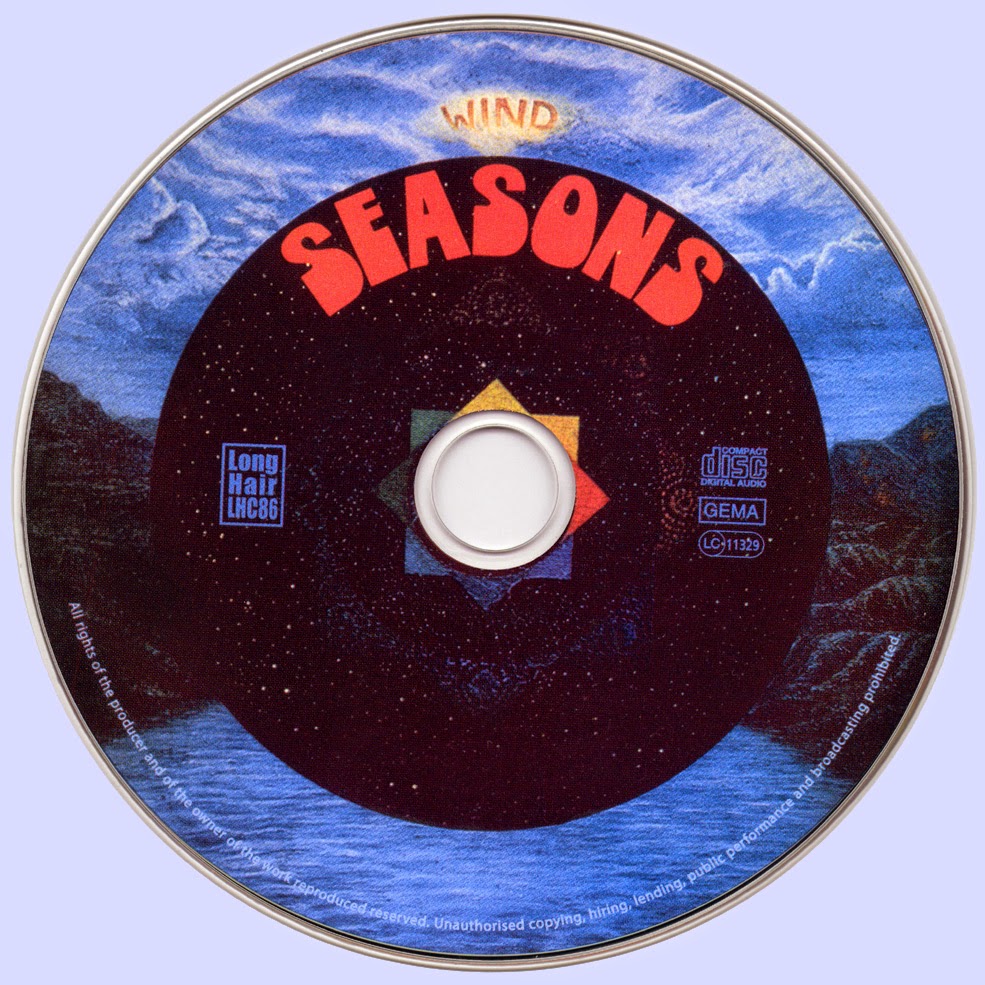 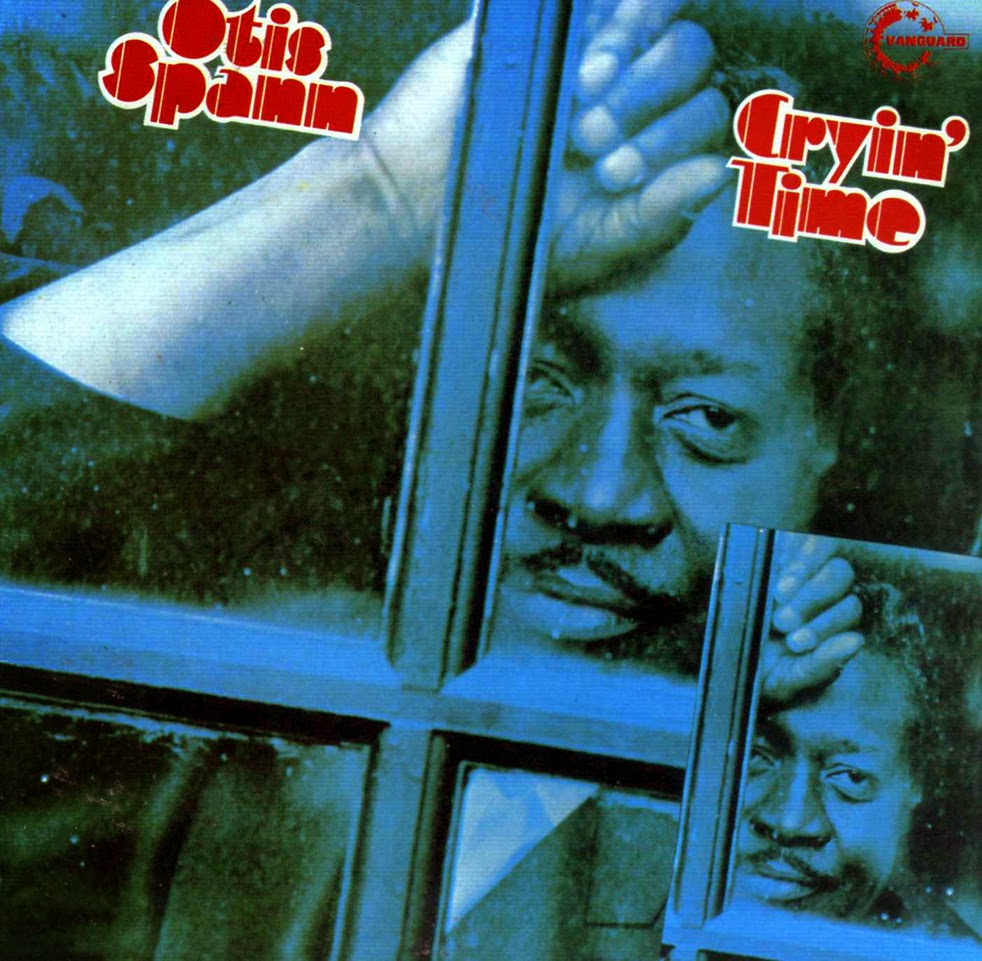 An integral member of the nonpareil Muddy Waters band of the 1950s and '60s, pianist Otis Spann took his sweet time in launching a full-fledged solo career. But his own discography is a satisfying one nonetheless, offering ample proof as to why so many aficionados considered him then and now Chicago's leading post-war blues pianist. Spann played on most of Waters' classic Chess waxings between 1953 and 1969, his rippling 88s providing the drive on Waters' seminal 1960 live version of "Got My Mojo Working" (cut at the prestigious Newport Jazz Festival, where Spann dazzled the assembled throng with some sensational storming boogies).

The Mississippi native began playing piano by age eight, influenced by local ivories stalwart Friday Ford. At 14, he was playing in bands around Jackson, finding more inspiration in the 78s of Big Maceo, who took the young pianist under his wing once Spann migrated to Chicago in 1946 or 1947.

Spann gigged on his own and with guitarist Morris Pejoe before hooking up with Waters in 1952. His first Chess date behind the Chicago icon the next year produced "Blow Wind Blow." Subsequent Waters classics sporting Spann's ivories include "Hoochie Coochie Man," "I'm Ready," and [roviLink="MC"]"Just Make Love to Me."

Strangely, Chess somehow failed to recognize Spann's vocal abilities. His own Chess output was limited to a 1954 single, "It Must Have Been the Devil," that featured B.B. King on guitar, and sessions in 1956 and 1963 that remained in the can for decades. So Spann looked elsewhere, waxing a stunning album for Candid with guitarist Robert Jr. Lockwood in 1960, a largely solo outing for Storyville in 1963 that was cut in Copenhagen, a set for British Decca the following year that found him in the company of Waters and Eric Clapton, and a 1964 LP for Prestige where Spann shared vocal duties with bandmate James Cotton. Testament and Vanguard both recorded Spann as a leader in 1965.

The Blues Is Where It's At, Spann's enduring 1966 album for ABC-Bluesway, sounded like a live recording but was actually a studio date enlivened by a gaggle of enthusiastic onlookers who applauded every song (Waters, guitarist Sammy Lawhorn, and George "Harmonica" Smith were among the support crew on the date). A Bluesway encore, The Bottom of the Blues, followed in 1967 and featured Otis' wife, Lucille Spann, helping out on vocals.

Spann's last few years with Muddy Waters were memorable for their collaboration on the Chess set Fathers and Sons, but the pianist was clearly ready to launch a solo career, recording a set for Blue Horizon with British blues-rockers Fleetwood Mac that produced Spann's laid-back "Hungry Country Girl." He finally turned the piano chair in the Waters band over to Pinetop Perkins in 1969, but fate didn't grant Spann long to achieve solo stardom. He was stricken with cancer and died in April of 1970.
by Bill Dahl 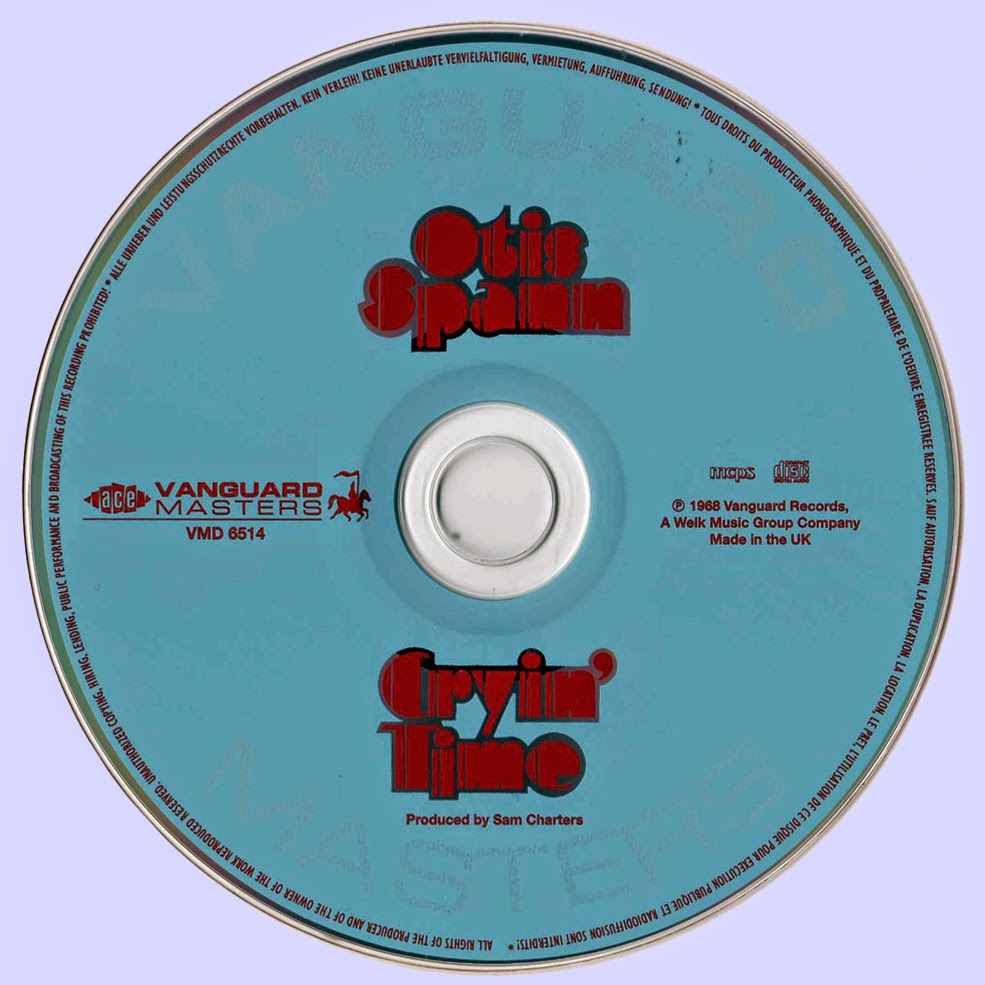