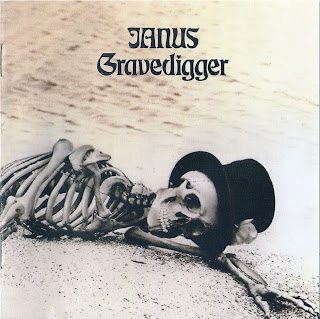 Janus was born as a progressive rock band made up of English musicians in Krefeld in Germany in 1970, retired broke and unknown in 1973, despite being signed to the prestigious EMI "Harvest" label, alongside such bands as Deep Purple, Pink Floyd, and Edgar Broughton. Re-born in 1990, and just achieving success in 2001.
The original band, were Colin Orr (Guitar/Keyboards), Roy Yates (Classical Guitar), Bruno Lord (Vocals), Derek Hyett (Vocals), Mick Peberdy (Bass) and Keith Bonthrone (Drums). Style was truly original, and it has been said that Janus were the originators of the genre that became "acoustic rock". That probably misses the fact, that like the name, the band had two very distinct, schizophrenic, sides. Capable of soft, beautiful melodies, they also cranked out some mega-decibel material, which a few years later would have had them tagged as a punk band.
Signed to EMI Harvest in 1970, in 1971 they recorded the classic "Gravedigger" album. Remarkably, the whole album, including mixing was put together in 24 hours of studio time.

For two years, the band lived in Holland, partied on - making the "summer of love" a 36 month event - and managed very few live appearances. The second album, which should have been made in 1972/3 included some dramatic concept pieces, and a 25 minute track "Under the Shadow of the Moon", which included elements that other artists would not make popular until the 1980's. Sadly, EMI never took up the option on the contract, due to the disappointing sales of "Gravedigger", so the album never got further than the rehearsal studio. But keep reading as in 2013 something really strange happened.

At the tail of 1973 Janus came to England, and managed to perform to one or two appreciative university audiences, before becoming the only band in history to be thrown out of the Cavern Club in Liverpool (too heavy.... read loud). By 1974 it was time to call it a day, so that was the first end of Janus.
Janus-music 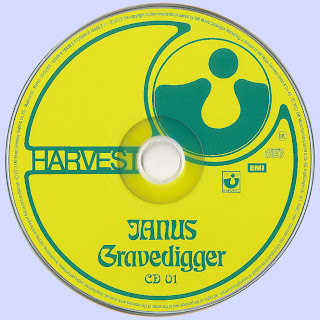 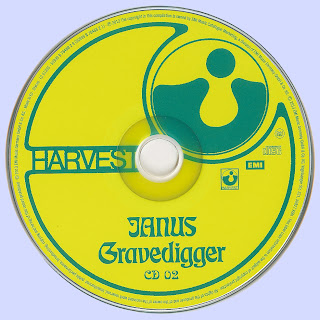