James Taylor - James Taylor (1968 us, an eye-opening mix between country, blues, and some antique folk styles) 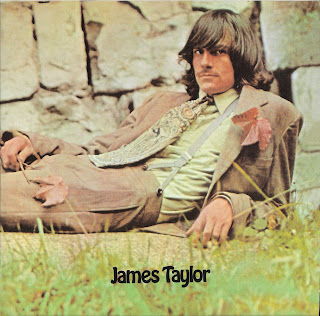 James Taylor was the first artist to be signed to record on the Beatles' short-lived vanity Apple label. In late 1968, Taylor's sophisticated self-titled disc foreshadowed the introspective singer/songwriter genre that dominated pop music in the early and mid-'70s.

Although often touted as his debut, this release is chronologically Taylor's second studio outing. James Taylor and the Original Flying Machine -- an EP recorded a year earlier -- contains rudimentary versions of much of the same original material found here. The album is presented with two distinct sides. The first, in essence, presents a unified multi-song suite incorporating several distinctly Baroque-flavored links connecting the larger compositions. The second is a more traditional collection of individual tunes.

This unique juxtaposition highlights Taylor's highly personal and worldly lyrics within a multidimensional layer of surreal and otherwise ethereal instrumentation. According to Taylor, much of the album's subject matter draws upon personal experience. This is a doubled-edged blessing because the emphasis placed on the pseudo-blues "Knocking 'Round the Zoo" and the numerous other references made to Taylor's brief sojourn in a mental institution actually do a disservice to the absolutely breathtaking beauty inherent in every composition.

Several pieces debuted on this release would eventually be reworked by Taylor several years later. Among the notable inclusions are "Rainy Day Man," "Night Owl," "Something in the Way She Moves," and "Carolina in My Mind." Musically, Taylor's decidedly acoustic-based tunes are augmented by several familiar names. Among them are former King Bees member Joel "Bishop" O'Brien (drums) -- who had joined Taylor and Danny "Kootch" Kortchmar in the Original Flying Machine -- as well as Paul McCartney (bass), who lends support to the seminal version of "Carolina in My Mind."

The album's complex production efforts fell to Peter Asher -- formerly of Peter and Gordon and concurrent head of Apple Records A&R department. The absolute conviction that runs throughout this music takes the listener into its confidence and with equal measures of wit, candor, and sophistication, James Taylor created a minor masterpiece that is sadly eclipsed by his later more popular works.
by Lindsay Planer 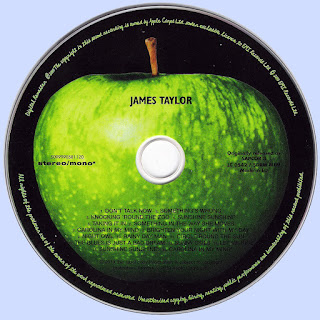 Free Text
the Free Text
Posted by Marios at 7:43 AM 2 comments: