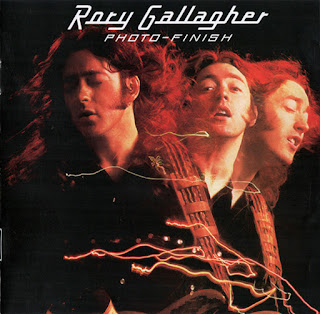 'Photo Finish' was so titled because the album was originally delivered to Chrysalis at the eleventh hour, just (and only just) making the deadline.Rory began recording the material for the album in San Francisco but on completion of those sessions he was unhappy with the results and decided to move the project to Germany. Meantime, Rory had written more songs and returned to the band line-up to a three piece, Ted McKenna on drums and Gerry McAvoy on bass.
Some of Rory's best work came from 'Photo Finish'. His "Fuel To The Fire" has some of the tightest harmonising guitars and echos of his earlier classic " A Million Miles Away".  "Shadow Play" starts with a pile-driving classic Gallagher guitar riff, this self doubting song gives us an insight to Rory's double life, on and off stage, poetically described in the line -'A little bit of Jekyll, a little bit of Hyde'.
by Donal Gallagher, London 1998 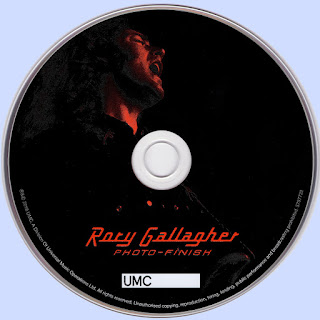