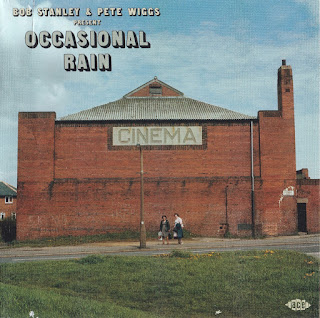 This is England, the day after the 60s. It’s a time of flux. On the cusp of progressive rock but without a rule book, many groups hold fast to psychedelia’s adventurousness and melodic delights, while they are also happy to venture deep into the jazz and folk scenes. The result is some wonderful, atmospheric, rain-flecked music.
You turn on the radio and there is news about John leaving the Beatles – or will Paul be the first to jump? There is insecurity, uncertainty and, to cap it all, the Tories are on the verge of coming back. Outside, after widespread redevelopment, many town centres are barely recognisable from the way they had looked ten years ago. People who have lived all their lives in places such as Bradford, Glasgow or Birmingham are literally struggling to find their way home. People need direction.
If there are two themes that crop up regularly in British rock at the turn of the 70s, it’s the search for a home that isn’t there anymore – the certainties of the progressive 60s, the physical reality of terraced streets – and the rain. The former had its totemic song in Blind Faith’s ‘Can’t Find My Way Home’, and on this collection there’s Cressida’s gently keening ‘Home And Where I Long To Be’. The weather just filtered into the post-psychedelic, pre-progressive sound; it’s always there. Duncan Browne’s ‘Ragged Rain Life’ feels like a decent summary of Britain at any time but, especially in times of upheaval, you tend to notice bad weather.
Music created in a time of flux is frequently fascinating – with genres gestating, there aren’t any hardened preconceptions of how they should sound. In 1970, on the cusp of progressive rock, many groups were loath to let go of psychedelia’s adventurousness and melodic delights, while they were also happy to venture deep into the jazz and folk scenes. The result was some wonderful music. Some of it sold by the truckload (people forget just how big the Moody Blues were), but much of it barely made it to the shops; for every Yes there were a dozen ’Igginbottoms.
“Occasional Rain” puts bigger names such as Traffic and lesser-known artists (Mandy More, Shape Of The Rain, Andrew Leigh) side by side. Like its predecessor “English Weather”, it attempts to evoke the turn of the new decade, the feel of a wet Saturday afternoon at the dawn of the 70s spent flicking through the racks, wondering whether to buy the new Tull album or maybe take a chance on that Christine Harwood LP in the bargain bin (go on, you won’t regret it).
by Bob Stanley 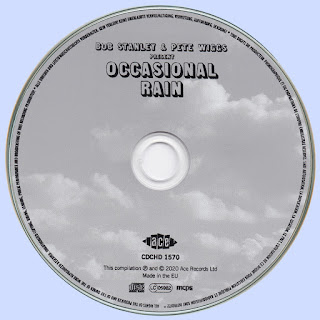