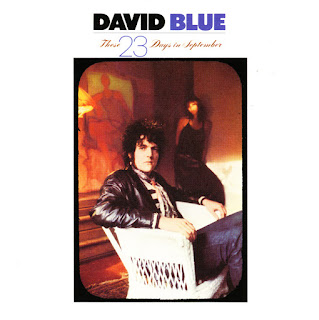 "David Blue's  strikes something like a warning with the cover, a vintage Highway 61 shot with a sullen Blue in a leather jacket. His delivery is quite like Dylan's on Blonde on Blonde. But behold, the lyrics are among the best I've recently heard. Though the stance is like Dylan's, the words themselves indicate he really knows some things Dylan knows, and some things the master doesn't,"
by Arthur Schmidt, September 28th, 1968

While Inside Llewyn Davis is loosely based on "the King of Greenwich Village" Dave Van Ronk, you could draw just as many parallels between the Coen brothers' creation and David Blue. Also a regular of the Greenwich Village folk scene, Blue frequently performed in the company of Van Ronk, Phil Ochs and Bob Dylan. After his own solo career stalled, Blue briefly joined Bob Dylan's Rolling Thunder Revue before trying his hand at acting, including roles in Wim Wenders' The American Friend and Neil Young's still-out-of-print oddball comedy Human Highway. Blue died suddenly of a heart attack in 1982 at the age of 41. Kris Kristofferson and Joni Mitchell were among the musicians who attended his memorial.
by Daniel Kreps 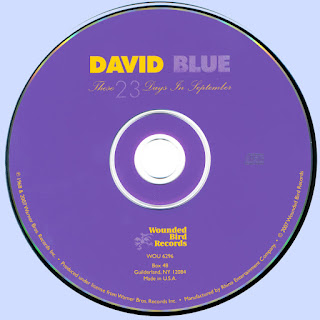 Free Text
Text Host
Posted by Marios at 9:23 AM 2 comments: