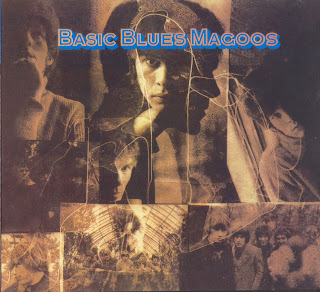 Basic Blues Magoos (1968) is the final long-player with the lineup of Ralph Scala (keyboards), Ronnie Gilbert (bass), Emil "Peppy" Thielheim (guitar), Mike Esposito (lead guitar) and Geoffrey Daking (drums) -- is arguably their best and easily most progressive outing. Perhaps this can partially be credited to the combo's retreat from creating in the comparatively uninspired environs of a studio. Instead, they essentially cocooned themselves into their legendary Bronx, New York digs, which at one time had been inhabited by none other than Gram Parsons.
The autonomy paid off, as did their sizable influence from the U.K.-derived mod and freakbeat scenes, kick-started no doubt by a recent tour with the Who. Nowhere is that more evident than the cover of the Move's "I Can Hear the Grass Grow" or the similarly spirited original light psych opener "Sybil Green (Of the In Between)" and the propulsive "There She Goes." "All the Better to See You With" and "Chicken Wire Lady" provide a harder edge and sit well beside the notable Brit pop vibe of "I Wanna Be There." "I Can Move a Mountain" is a long lost jangle pop side tinged in a darkness recalling "Love Seems Doomed" from the Magoos' debut, Psychedelic Lollipop (1967), especially the insidious vocal arrangement.
On the other side of the spectrum is the affective baroque-tinged "Yellow Rose." The refined acoustic ballad is unlike the majority of the album's aggressive amplified excursions. As the title might suggest, "Presidential Council on Psychedelic Fitness" is a bit of an indulgence, as is "Subliminal Sonic Laxative," the latter being nothing more than a minute and change of a sole subsonic frequency -- a 'D' note. Collectors and enthusiasts should be aware of the highly recommended and significantly expanded Basic Blues Magoos [Bonus Tracks] (2004) from Repertoire, tacking on monaural 45 rpm versions of "I Wanna Be There," "There She Goes," "I Can Hear the Grass Grow" and "Yellow Rose."
Also included is the rare single "Let Your Love Ride" b/w Bo Diddley's "Who Do You Love," issued prior to the Magoos' late-'60s reformation with only Emil "Peppy" Thielheim. Sadly, Basic Blues Magoos failed to join their earlier LPs on the charts, as it is debatably their most solid effort.
by Lindsay Planer 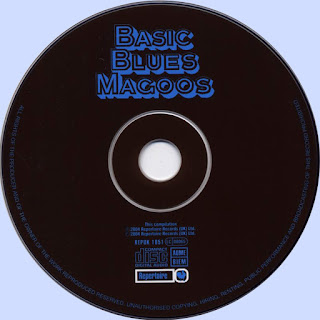 Free Text
Text Host
Posted by Marios at 7:14 AM 3 comments: