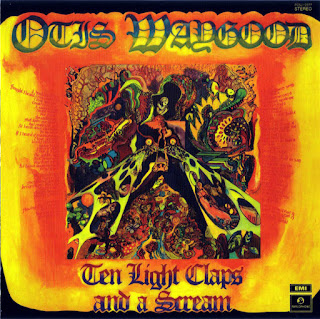 One of the lost treasures of EMI-Parlophone’s heavy rock catalog, the third and final LP from South Africa’s Otis Waygood has been given a lovingly careful remaster thanks to the fine folks at Shadoks Music. Originally released in 1971, Ten Light Claps and a Scream smacks of the influence of England’s heavy psych movement, particularly the rumble of such bands as Bloodwyn Pig and the Groundhogs. Otis delivered the rock with a little more bite, thanks to the band’s unbridled devotion to the blues and the killer production of South African rock mavens Julian Laxton of the South African prog group Freedom’s Children and Johannesburg-born, UK-based record executive Clive Calder. Any fan of old, loud, trippy acid rock from the ‘Nam era would be wise to check out this onetime collector’s item from one of the era’s great, unsung acts.
by Ron Hart

Ten Light Claps and a Scream is the third and final LP by South African rock band Otis Waygood. It was released in 1971 by EMI-Parlophone, at the height of the Big Heavies' popularity -- a sudden wave of white anti-Apartheid South African hard rock groups (the tag would be made official with the release of a 1972 compilation LP). Incidentally, Ten Light Claps and a Scream was produced by Julian Laxton, leader of Freedom's Children, another Big Heavy. By this third opus, Otis Waygood had developed an impressive group sound that built on the energy of bands like Free and Bloodwin Pig, adding to the wailing guitars and growling organ a bit of raspy, gnarly saxophone.

The resulting sound is startlingly similar to H to He Who Am the Only One-era Van der Graaf Generator (although nothing could suggest that they were an influence on Otis Waygood). The songs are dark, yearning, and heavy blues rock numbers, with "A Madman's Cry" (featuring two lead singers barely under cntrol), "Easy Way," and "Devil Bones" being the highlights. Everything (down to the mix itself) is heavy, the sax adding a surprising freak-out element. Singer Rob Zipper has a somewhat limited range, but he puts a lot of soul in his delivery. Not everything here is gold, and the album is a bit short at 32 minutes, but it's a great period piece and a fine psychedelic/freak rock record in its own right -- and better recorded than Freedom's Children's Astra.
by François Couture 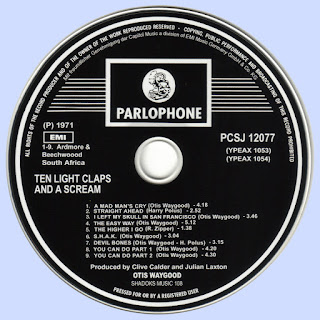 Free Text
the Free Text
Posted by Marios at 9:41 AM No comments: