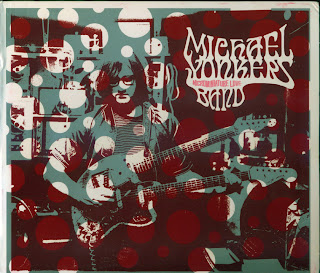 Originally recorded in 1968 and slated for release on Sire Records, Microminiature Love languished unreleased until last year, when it was finally unearthed by De Stijl Records (who put out a limited, vinyl-only pressing of the original album). Its creator, Michael Yonkers, is a legendary figure in Minneapolis music-lore, who, through his own modifications, created his own guitars and effects. However, Microminiature Love is no mere curiosity or feat of gadgetry.

Raised on a steady diet of Link Wray and the Trashmen, Yonkers pushed the boundaries of distortion and truly transformed it into a powerful voice. The songs on Microminiature Love defy immediate categorization, but in them are shades of Pere Ubu, the howl of Iggy, the blunt primitivism of the Godz, and the seeds of countless other underground heroes.

Michael Yonkers started his musical career as the leader of Michael & The Mumbles, who played proms and dances all over the Twin Cities area. Constantly refining and re-imagining their sound, the band gradually morphed into the Michael Yonkers Band with Michael’s brother Jim Yunker on drums and Tom Wallfred on bass. In 1967, Michael cut his Telecaster down to a plank; one of the many modifications he made to his equipment. He still plays this same guitar on stage today.

Soon enough, the band hooked up with Peter Steinberg, a local music impresario, who set them up with a contract with Sire Records. As Cecile Cloutier points out in her thorough piece from Minneapolis’ City Pages, this was one of many times throughout the course of rock history that the fertile music underground was being mined by the majors. At the time, bands like The Fugs, Captain Beefheart and The Mothers of Invention had major label deals. For various reasons that remain unclear, dealings with the label fell apart and they and the band parted ways.

Yonkers continued to record and released several solo records on his own label, including Grimwood, Michael Lee Yonkers and Goodby Sunball in the early seventies. In 1971, Michael’s back was broken in an on-the-job accident in an electronics warehouse. Years of ongoing exploratory surgeries have done nothing to help the situation, instead ultimately disabling him further. His allergic reaction to the dye used in an X-ray procedure led to a degenerative condition of his spinal cord lining from which he suffers to this day. Dance has proven to be Yonkers’ greatest therapy and he has, as a result, been active in the Minneapolis dance community for years.

In 1997, Get Hip Records released a collection of songs recorded at Richfield, MN’s Dove Studios called Free Flight: Unreleased Dove Recording Studio Cuts 1964-69. The collection contained two of the songs heard on Microminiature Love; “Puppeting” and the anti-Vietnam War song “Kill the Enemy.” These tracks caught the attention of De Stijl’s Clint Simonson and launched a search for Yonkers that lasted over a year. Simonson eventually located Yonkers not through the music community, but through the local dance community. 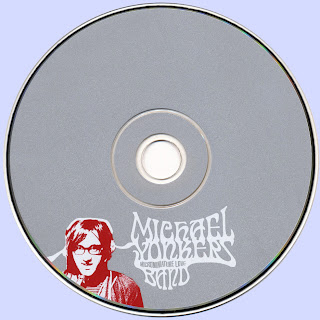 Free Text
Text Host
Posted by Marios at 11:51 AM 3 comments: 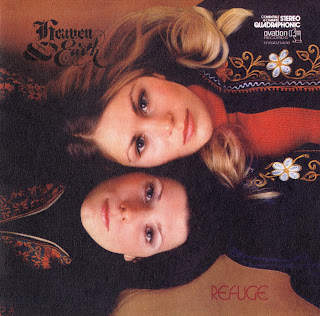 This reissue has been a long time coming, in no small part because we wanted it to be perfect. We’re happy to finally be able to announce the re-release of this psychedelic folk/funk beauty from 1973, featuring the gorgeous voices of Pat Gefell and Jo D. Andrews (and produced by Space Age percussionist/composer Dick Schory for his short-lived but influential Ovation Records imprint).

At one time this was an album completely unknown outside of Chicago, where the label was based; but these days, word gets around, and tracks like ‘Feel The Spirit’ and ‘Jenny’ have been making the rounds on the DJ circuit. No matter what your musical taste is—psych-folk, funk, soft rock—this LP seems to have something special to offer.

This is due in part to notable backing from veterans like bassist Phil Upchurch (Curtis Mayfield, Otis Rush, Stan Getz, Groove Holmes, and Cannonball Adderly), and space age pop maven Bobby Christian on drums and percussion. But primarily, the perfection that this album emanates is due to the clear voices and intelligent songs crafted by Gefell and Andrews.

The replica LP version (another fine collaboration between Lion Productions and Vintage Records) comes in an old style tip-on gatefold jacket with lyrics printed inside, and includes an insert packed with band history and rare photos. It is a quality vinyl pressing, newly mastered from the original tapes; the sad news: this LP version is limited to 750 copies.
Light In The Attic 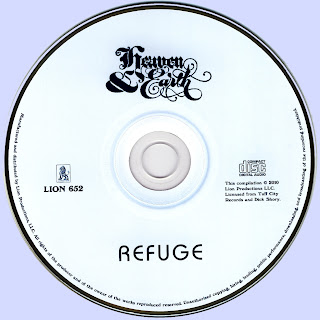 Free Text
the Free Text
Posted by Marios at 12:05 AM 8 comments: